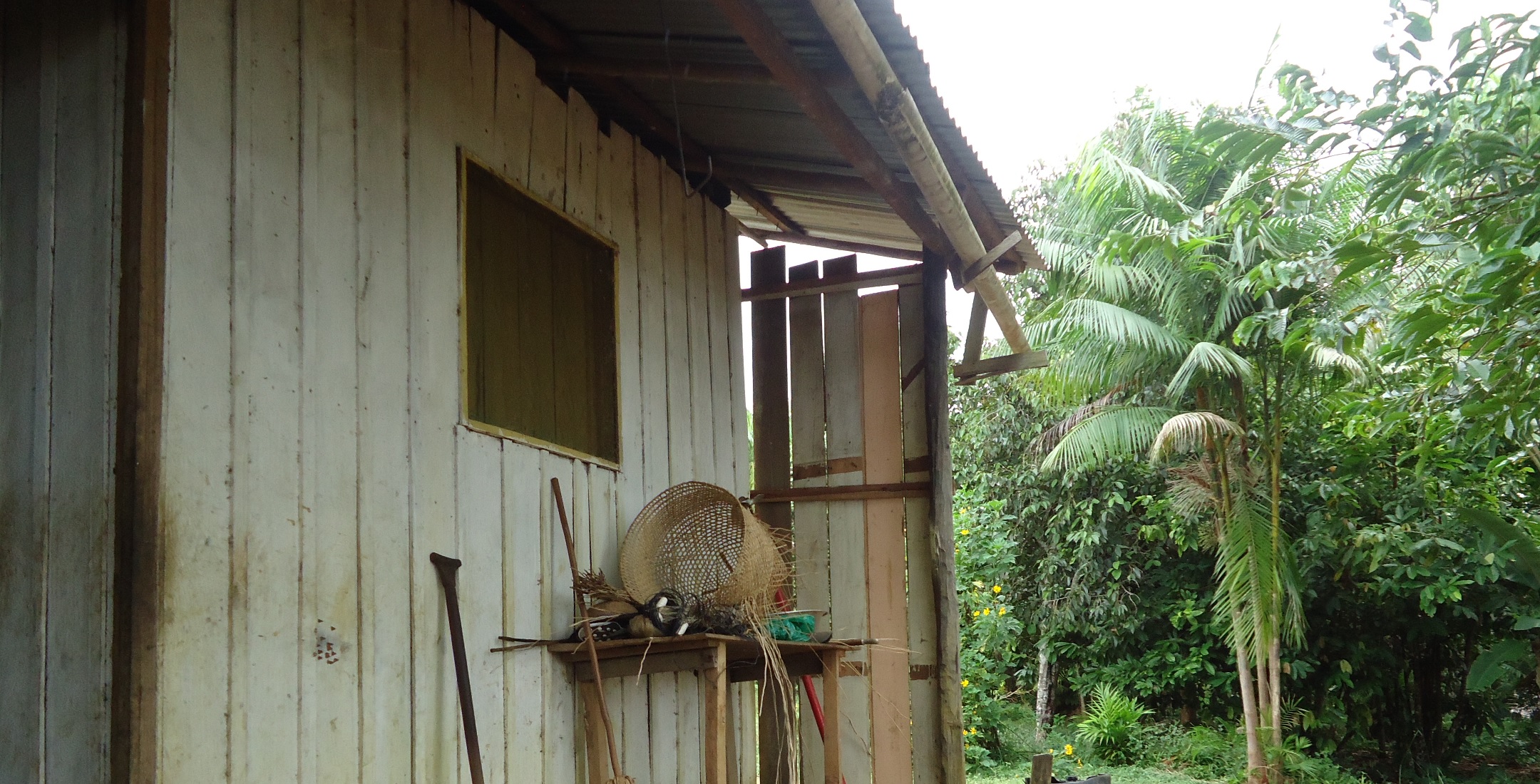 Landing page image for the collection “Documentation of Dâw, a Nadahup language of Brazil”. Click on image to access collection.

This collection documents Dâw, a Naduhup language of the northwest Amazon. Dâw is spoken in a single community of about 130 people, near São Gabriel da Cachoeira, Brazil. The work has trained Dâw speakers in documentation, and has produced materials in text, audio and video, spanning a range of discourse types and genres. Further outputs include ongoing work on a dictionary of the language and aspects of the grammar (building on S.A. Martins’ 2004 phonology and grammar). The team involves Brazilian and American linguists, anthropologists, and members of the Dâw community.

The Dâw report that they once lived some 100 or more kilometers to the south of their present location, along the W’ic, a tributary of the Marié River. They were more numerous at that time, and the language had several dialects. Under pressure from neighboring groups, they moved north to the area of the Curicuriari and Negro Rivers. The 20th century saw increasing interaction between the Dâw and other indigenous and non-indigenous peoples along the Rio Negro, with the Dâw finally settling across the river from the town of São Gabriel. The Dâw people experienced enormous social problems during this time, due to exploitative bosses in a debt peonage system, intense discrimination, and malnutrition. The community was in dire straits by the 1980s, with only a few dozen members, few women of childbearing age, and high infant mortality. Since this time, however, the situation of the Dâw has improved; the community has overcome many of the social problems it faced, and the population is growing.

In spite of these difficulties, the Dâw language is still vital; it is spoken by all Dâw people and learned by children. Nevertheless, it is clearly highly endangered – the low number of speakers, their proximity to the city, the fluency of many in Nheengatu and/or Portuguese, and their recent history are all indications that their language is at serious risk. The problems faced by the Dâw and their frequent interaction with outsiders have also led to the erosion of many traditional practices and discourse genres. Moreover, several other languages spoken in the Vaupés region (such as Tariana, Waikhana) have already become profoundly endangered through shift to Tukano, the regional lingua franca.

Dâw belongs to the Naduhup language family, a group of four languages (Dâw, Nadëb, Hup, and Yuhup) spoken in the northwest Amazon. Also known as ‘Makú’, the family was long assumed to include Kakua and Nukak as well, but recent work (Epps and Bolaños 2017) indicates that Kakua-Nukak should be understood as a distinct language family. Speakers of all four Naduhup languages have a hunting/gathering focus, in contrast to their more agriculturally oriented Arawak, Tukanoan, and Carib neighbors. The Naduhup languages show considerable evidence of contact influences from their neighbors, though these are somewhat less evident in Dâw than in its sister languages.

Dâw has numerous features of typological interest, both in their own right and in the comparative context of the Naduhup family. Like its sisters Hup and Yuhup, it has tone; however, it lacks the morpheme-level nasal prosody found in its Vaupés sisters, which probably acquired this feature through contact with Tukanoan. Dâw also has a limited system of evidentiality, noun incorporation, and verb serialization. Documentation shows that various aspects of Dâw verbal art (e.g. themes and structure of stories, songs, and incantations) are shared within the language family and the region more generally, while others are more distinct.

This collection represents the 2013-2014 period of work with the Dâw language and community. Please see the Archive of the Indigenous Languages of Latin America (AILLA) for further materials on Dâw. Documentary collections on the related languages Hup and Nadëb are also located at AILLA.

This collection holds materials documented in 2013-2014 by Patience Epps (University of Texas at Austin) and Luciana Storto (University of São Paulo), in collaboration with Dâw community documentation team members and Universidade de São Paulo MA students Jéssica Costa and Wallace Andrade. The research team obtained the relevant permissions from FUNAI (government organization for indigenous affairs) for conducting fieldwork in the region. Members of the Dâw community continue to be interested in documenting their language and culture, and the work represented here is ongoing. The active involvement of the speaker community in documentation remains a critical part of this project’s goals.