Preliminary documentation and description of Gyalsumdo, an undocumented Tibetan language of Manang, Nepal 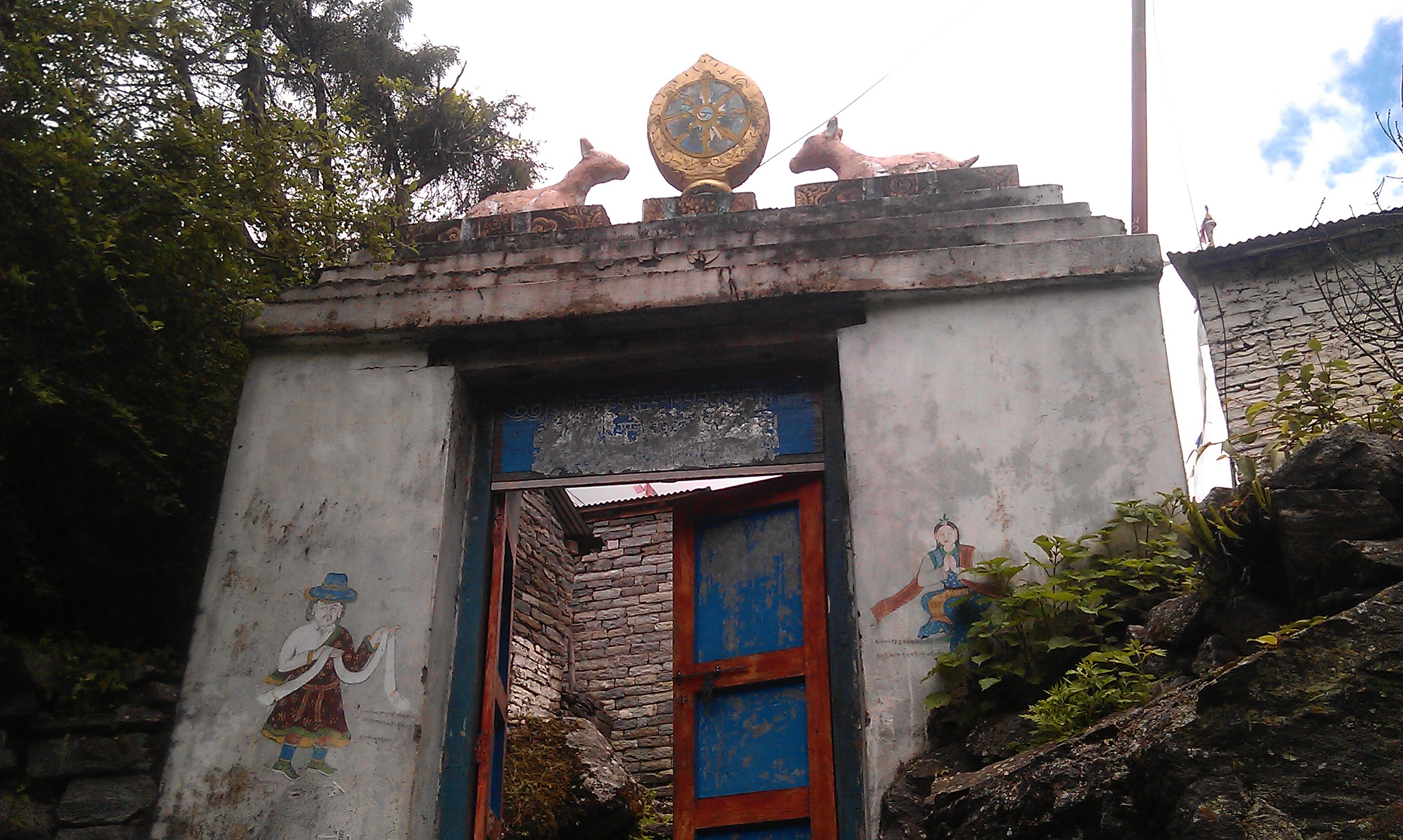 Landing page image for the collection “Preliminary documentation and description of Gyalsumdo, an undocumented Tibetan language of Manang, Nepal “. Click on image to access collection.

This project aims to document and describe the Gyalsumdo language, an endangered, undocumented Tibetan language spoken in Manang district, Nepal, spoken by approximately 200 people. The project will involve the production of a corpus of audio and video recordings of a wide range of genres and registers, a sketch grammar, a trilingual glossary, and a detailed study of the language’s tonal behaviour and its interaction with syntax.

The Gyalsumdo-speaking community. Generally speaking, minority language communities in the Manang district have a very positive attitude towards their languages and have been receptive towards language documentation projects. The depositor hopes to cooperate with the community to consider if and how the language might be written, and issues regarding it, such as the script to be used (Tibetan or Devanagari), the depth of the orthography (whether closer to classical Tibetan or more accurately reflecting the phonology of the current language), and indeed the register to be used in writing – Classical Tibetan is the historical prestige language, and may suffice as an associated written form for Gyalsumdo. All of these are issues for speakers of the language to decide, and the depositor hopes to be able to facilitate discussion regarding this. He also aims to cooperate with speakers to produce any desired pedagogical materials in whatever written form is decided upon, using Nepali as a source language, and with a view to facilitating a community-based revitalisation of the language.

Gyalsumdo is an endangered, largely undocumented, Tibetan language spoken by approximately 200 people located in three main villages in ‘lower’ Manang district, which is situated in the northern portion of the Western Development Region of Nepal (28N,84E). It is closely related to Nubri (iso 639:kte), but shows a number of divergences from it. Gyalsumdo itself has not been included in either the Ethnologue or the iso 639 specification, but its existence is noted by Van Driem, and a small list of kinship terms has been published by Vinding (1979). Gyalsumdo is listed in the UNESCO Atlas of the World’s Languages in Danger as being ‘Definitely Endangered’, but no further information is given.

Gyalsumdo is under threat from Nepali, the regional contact language, and seems to no longer be used actively by children in the community. Gyalsumdo speakers have historically been Tibetan Buddhists, and Snellgrove (1960) notes some teaching in Classical Tibetan in the language, but it possesses no other literary tradition. Although the language is Tibetan, it is surrounded by the more distantly related Tamangic languages, and the villages in which the language is spoken are also inhabited by speakers of the Gurung language, which is Tamangic. As such, the language provides interesting opportunities to investigate the effects of language contact, especially since (as Mumford describes) the Gurungs were historically the dominant ethnic group in the region. Additionally, both Gurung (1976) and Mumford (1989) note diverse origins within Tibet and Nepal for the inhabitants of the Gyalsumdo region, and the language may have a mixture of roots in a wide range of Tibetan varieties. One of its closest relatives, Nubri, is also essentially undocumented, which means that a documentation project on Gyalsumdo also has the potential to act as groundwork for Nubri. Gyalsumdo is a tonal language which, like other Central Tibetan varieties, possesses a relativelyrare system in which, it has been argued, the word appears to be the Tone-Bearing Unit, as opposed to the more usual syllable or mora.

Tone in Gyalsumdo interacts unusually closely with the phonological word, and the researcher/depositor expects that the interaction of this in turn with syntactic structure should be
detectable through its effect on tone, and that this may well yield empirical consequences for the description of syntax in Gyalsumdo.

The aim of this project was to produce a corpus of transcribed and annotated video and audio recordings, along with comprehensive metadata pertaining to those recordings. The depositor also intends to produce a sketch grammar of the language (which will form one of the chapters of his PhD
thesis), and a trilingual glossary. These materials would be the first descriptive work of any detail concerning Gyalsumdo.

Fieldwork was conducted in the Gyalsumdo region over a period of approximately nine months. All documentary materials were recorded with the full informed consent of those involved. Since speakers of Gyalsumdo are, in general, literate in Nepali, consent forms were used in that language to certify this.

The documentation outcomes will be made freely available and easily accesible to community members, by depositing them in a local school.