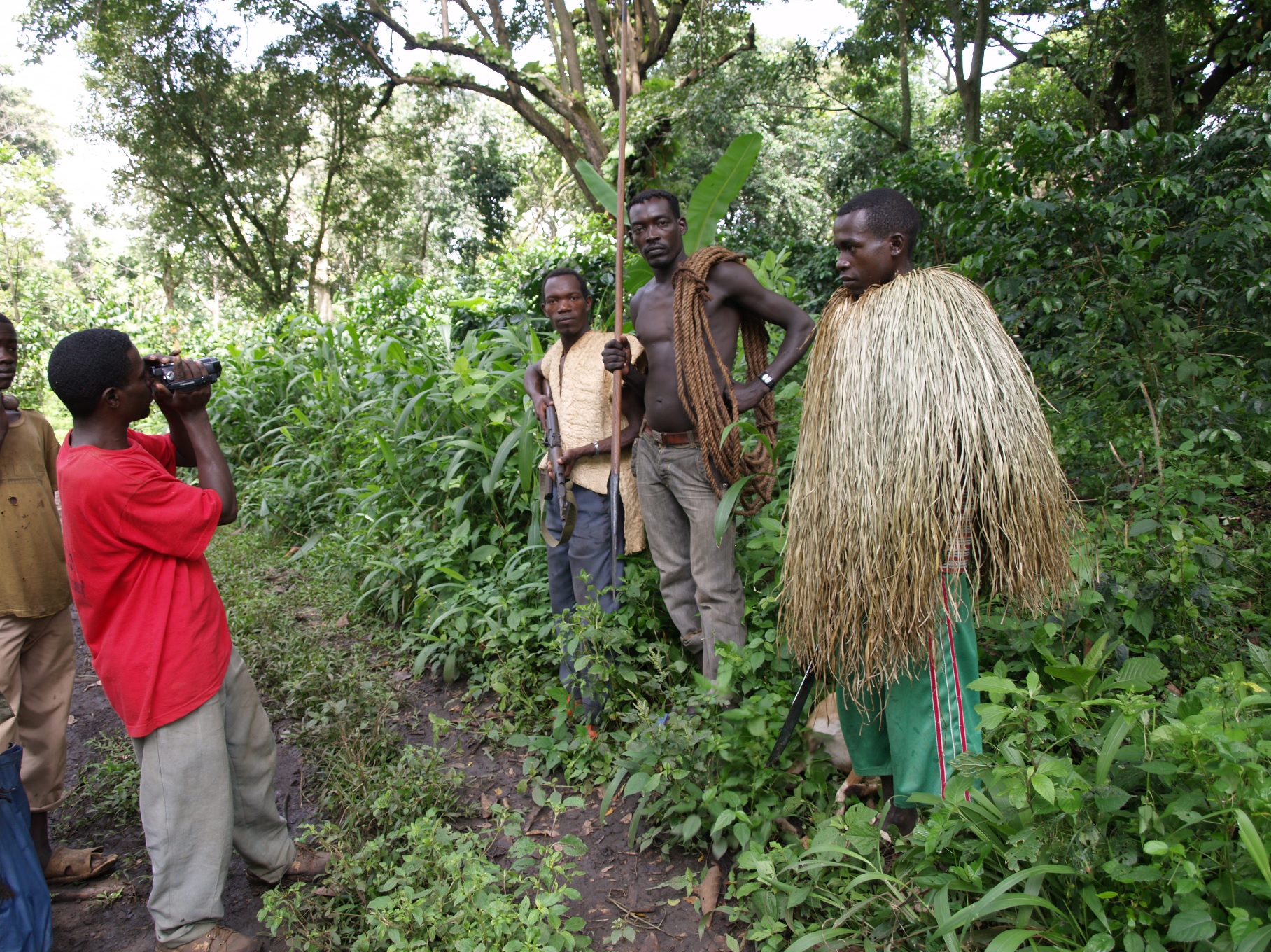 The variety of Sheko spoken by an estimated nine thousand people in Guraferda, southwestern Ethiopia, differs drastically from the main variety. However, an influx of settlers with a dominant language and culture accelerates changes in language use. This project documents some of the socio-linguistic context of Guraferdan Sheko and its endangered genres of speech, especially gozha ‘song of praise’. The collection also shows some of the material culture of the Sheko, especially their beehives. The annotated texts can be used to investigate clause type marking, a typologically salient aspect of Omotic languages.

The Sheko live in the forested hills of South-Western Ethiopia, between Mizan Teferi, Tepi and Megent’aya. The documentation focuses on the Sheko living around the Guraferdan Mountain Plateau in the Guraferda wereda (district) of Bench Maji Zone. The Sheko are subsistence farmers, growing or harvesting from the forests various types of yam, cocoyam, maize, millet and sesame. In addition, they are renowned for apiculture, keeping large beehives that deliver quality honey in the forests and the fields that are not longer cultivated.

Traditionally, homesteads were spread out through the dense forest. Nowadays small villages are formed, and settlers from diverse areas of Ethiopia are accelerating villageisation and deforestation.

Sheko is an Omotic language spoken in the Bench-Maji Zone of the Peoples, Nations and Nationalities Regional State in the far south-west of Ethiopia. The total number of speakers is about 35,000. The speakers recognise three varieties, of which the main one is spoken in the Sheko wereda (district), and the two smaller ones around Tepi (Yeki wereda) and on the Guraferdan plateau, separated from the other areas by the Alanga lowlands. The general code ISO639-3:she for Sheko does not take into account the differences between the varieties. While the people consider their language as one, a short research trip in 2008 revealed major differences in the lexicon, grammar and discourse style between the variety of Sheko spoken around Sheko town and the variety spoken in Samerta, Guraferda. An estimated 20 % of the basic vocabulary, including three of seven pronouns, is not shared. Grammatical differences include unlike systems of sentence type marking, presence vs. absence of interrogative markers, different morphemes for conditionals and negatives and (more) zero-marked relative clauses in Guraferdan Sheko. The way new participants were introduced in discourse was also found to be different.

Guraferdan Sheko is surrounded by the more populous Me’en and Majang languages (Nilo-Saharan), whose speakers live at lower altitudes. Although the main variety of Sheko has recently received due attention (e.g. Aklilu 1988;1996;2003; Hellenthal 2009a,b; 2010), the only work which takes Guraferda into account is Hildebrand (2003) which focuses on cultivation of ensete (false banana) and food production. There is no linguistic work on the dialect and neither the number of speakers nor the extent of variation on the Guraferdan plateau is known. Anne-Christie Hellenthal’s own fieldnotes are from the Samerta neighbourhood which she visited in 2006 and 2008, where she noticed the changes that had come to the area and realized that this variety of Sheko might be moribund.

Guraferdan Sheko is endangered from ‘outside’ as well as from ‘inside’. The ‘outside threat’ comes through settlement of other people on the plateau, whose languages are and way of life is dominant. Groups of farmers from Gedeo, Tigre and other Gora (northerners, strangers) have started cutting down the forest to plough their new fields with oxen, thus destroying the natural if harsh habitat of the Sheko in Guraferda. For instance, some Sheko complained that they have to travel farther and farther to find good places for apiculture. To bring the cash crops to the market, old roads have been opened up, and trucks now frequent the major new settlements. This speeds up the changes. The settlers have started little shops and restaurants in their homes along the road, so that the Sheko now say they go to katama (the city) to obtain certain items. In Kuki, the Sheko moved down from the hill where they had lived to a lower area where the road reaches, new people have settled and a little clinic has been set up. In addition, many of the Sheko were converting to Christianity even before the settlement program started, and the pace of conversion is likely to increase since most settlers perceive animist beliefs as backward. Furthermore, many Sheko children have dropped out of school during the influx of settlers’ children. The teachers speak Amharic and reportedly sometimes even Gedeo in class (according to schoolchildren in Bibita, 2008). All these developments together imply that the Sheko suddenly have to cope with a flood of dominant culture, dominant languages and environmental changes. Their habitual way of life is out-dated and they have to adapt rapidly to the new circumstances. This change is also reflected in language use (topics for conversation, perceiving tales and riddles as old-fashioned, increased borrowings and switching to other languages, especially Amharic).

The ‘inside’ endangerment factor lies in language attitude. Of the three Sheko dialects, Guraferdan is the most divergent. Although the Sheko in general think of it as ‘the original way’ of speaking Sheko, it clearly has the lowest status of all the varieties. Consequently, Guraferdans can understand the other Sheko (if they have had contact with them), but the other Sheko do not understand Guraferdan and think of it as funny. Moreover, the recently started mother tongue education in Sheko uses materials based on the dialect spoken around Sheko town. Even worse, the Guraferda area is not included in the mother tongue education project. Also other translation projects, eg. in church, completely disregard this Sheko variety.

In conclusion, although intergenerational transmission currently still takes place, the small number of speakers makes the Sheko language in Guraferda extremely vulnerable, especially since trends in existing and new domains of language use all point towards degradation of Sheko. As the settler communities grow in number, Sheko becomes increasingly insignificant. Furthermore, Sheko community members view their own language and traditional way of life as insufficient to succeed in life. Additionally, there is no support from the government side to introduce Sheko literacy in Guraferda or even to sustain the forest with its natural resources. There is no documentation whatsoever on Guraferdan Sheko, except for Anne-Christie Hellenthal’s own preliminary findings. The positive side is that what had been found so far is very promising for linguistics – if it is captured before attrition sets in.

As a tangible outcome for the Guraferdan Sheko community, DVD/VCDs (or cassette tapes, if preferred by the community) will be distributed. These will contain a selection of the best documents and spoken information on the project and its outcomes.