Description and documentation of the Kakabe language 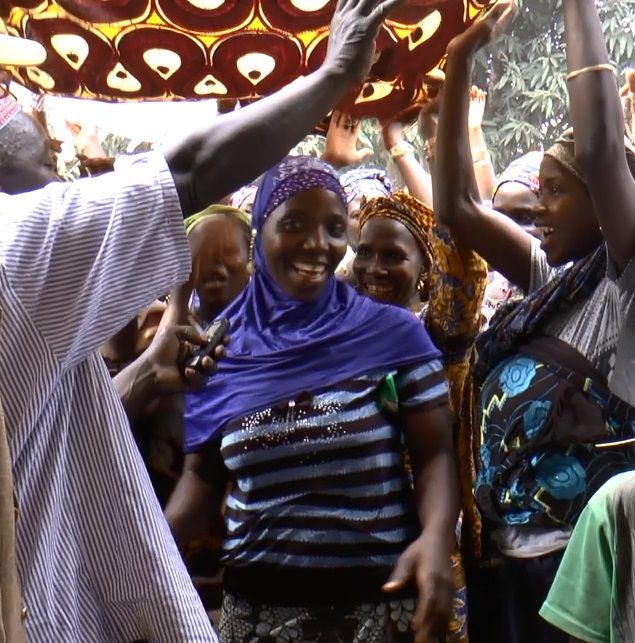 Landing page image for the collection “Description and documentation of the Kakabe language”. Click on image to access collection.

Kakabe is spoken by an ethnic group in the central part of Futa-Jallon area, Guinea. Kakabe is a small language in the terms of the number of speakers, which as such is not propitious for its survival. Still, even more important is the subordinate, non-prestigious status of Kakabe in the context of strong dominance of Pular language and culture and the general bilingualism in Pular. The name “Kakabe” (more precisely, Kakkabe) can be translated from Pular as ‘non-Fulbe population of a land governed by Fulbe’. Kakabe translate it into their own language and into Maninka as Fula yon ‘slaves of Fulbe’. They have no other name for themselves or for their language. This circumstance reflects the fact that since the Jihad performed by Islamized Fulbe in the 18th century, Kakabe (alongside Jalonke and some Maninka) found themselves in a subordinate position toward the conquerors.

Kakabe (Kakkabe, Yonkule, Jonkule) is a minor and virtually undescribed language in the Republic of Guinea. It belongs to the Mokole group of the Mande family (Niger-Congo phylum). According to Ethnologue there were 4100 of Kakabe in 2006, but this figure requires verification. My previous work on Kakabe spoken in different villages (mainly Sokotoro in the sousprefecure of Mamou and Saajoya in the sousprefecure of Kankalabé) suggested that there are considerable differences between the dialects.

Presently, there are no monolinguals in Kakabe, all Kakabe people speak Pular at least as well as Kakabe, and in some villages better that their nominally native language. In Kakabe villages of sous-prefecture of Mamou, a clear language shift to Pular is observed. In this area, the young generation speak Kakabe imperfectly or not at all. It should also be mentioned that, apart from Pular, many Kakabe speak also Maninka and / or French.

The verbal system of Kakabe is characterized by the existence of passive lability, which is a cross-linguistically exceptional phenomenon: in its pure syntactic and productive form it is attested nowhere outside the Mande family. The investigation of the verbal lexicon of Kakabe shows that the distribution of lability in Kakabe is subordinate to the semantic parameter of spontaneity. This parameter is a lexico-semantic pivot according to which the arguments of the verbs are expressed across all the verbal lexicon of Kakabe. Another typologically noteworthy phenomenon of Kakabe is the existence of a special reflexive pronoun which is used only in non-finite clauses and clauses with reduced finiteness. The peculiarity to be used only in dependent clauses and only in the case of co-reference with the subject of the main clause makes it reminiscent of logophoric pronouns, which, according to (Güldemann 2008), are one of main characteristic features of the so-called Marco-Sudan belt.

Kakabe data are also particularly interesting for research on language contact. For several centuries Kakabe has been under heavy influence of Pular, and this influence manifests itself in all aspects of its linguistic structure, from phonology to syntax. Among the most striking phenomena, one can mention the existence of a productive morphological passive marker in the North-Western dialects. So far, no other language in the Mande family has been attested to use any passive marker. This fact, together with the formal similarity of the Kakabe passive marker with one of the passive markers in Pular, makes us suppose that it appeared in Kakabe under the Pular influence. Closely related to the previous topic is the issue of the possible borrowing of derivational verbal morphemes, such as causative, reciproc, reversative and reflexive. The great amount of lexical borrowings from Pular containing these suffixes may have already acquired an autonomous morphological status in the Kakabe grammar. In what concerns the Kakabe syntax, there is an embedded relative-clause strategy, very unusual for Western Mande languages, which is the main means of relativization in Pular. These issues are particularly interesting in the light of the recently developed theory concerning the relation between grammaticalization and language contact (Heine & Kuteva 2005).

The data of Kakabe, its grammatical description and especially the lexical database will be of great use for comparative Mande studies, regarding the fact that this language is not only undocumented, but also belongs to a very scarcely documented Mokole group. The Kakabe language evidence is very important for the history of Fouta-Jallon, especially the history of migrations of peoples in this region. So far, the question of Kakabe history has not been dealt with in the historical literature concerning the Futa-Jallon region.

Recordings of texts with the emphasis on reflecting the natural language usage and representing different genres:

Until very recently, Mokole languages, and especially Kakabe, remained in a profound neglect by linguists. Only Koranko has a grammar and a dictionary (by Raimund Kastenholz 1987). There is a M.A. thesis by Jacqueline Janse on Mogofin, (1996), and a preliminary description of Lele by Valentin Vydrin (2009). As for Kakabe, the very existence of this language passed practically unnoticed, in all probability because Kakabe were usually taken for Maninka: for an external observer, both languages seem similar; Kakabe and Maninka villages are often intermingled; Kakabe and Maninka occupy the same social niche in Futa Jallon.

Of late, the Kakabe language has attracted some interest of specialists. A couple of years ago, Kakabe language data were collected (but not published) by Abdourahmane Diallo; his observations concerning Mande influence on Pular were published in (Diallo, 2008).

In 2001, Valentin Vydrin visited Sokotoro village, where he collected some lexical and grammatical data.

These data were handled by me in 2005-2007, and in January-February 2008 I made my first fieldtrip to Guinea. As a result, further data for the Sokotoro dialect of Kakabe were collected and processed. In January 2009, January 2010 and December 2011 I performed a field trip to the Saajoya village, in the sousprefecure of Kankalabé (the prefecture of
Dalaba), and I collected data for this dialect too.