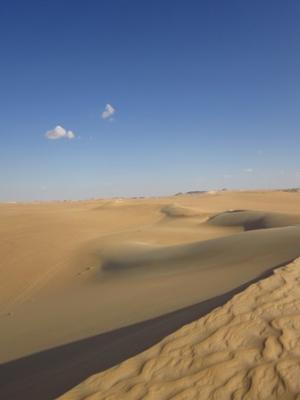 The collection is the result of a documentation project on the Siwi language (Berber language family, Afroasiatic phylum) funded by an ELDP Small Grant (2012-2013). The collection includes a corpus of primary data useful for the community and for researchers who work on the comparison of different varieties of Berber. It is composed of a large selection of genres and topics and it is particularly interesting because it focuses on data elicited from women, which is quite rare due to social factors in the area.

The Siwi language (Berber language family, Afroasiatic phylum) is a variety of Berber spoken in the Siwa oasis (Egypt) considered “definitely endangered” by the Atlas of UNESCO.

This collection contains data elicited from women, which had so far remained unknown because the conservatism of the society prohibited male researchers to undertake this work.

In its current version, the corpus contains mainly audio (but also video) recordings made in Siwa by the depositor. Different genres and topics are documented, including narratives (legends, folktales…), descriptions, conversations, short songs, poems, proverbs and riddles.

The project from which this collection originated was financed by an ELDP Small Grant (SG0115) awarded to Valentina Schiattarella for the period from February 2012 to February 2013. Data collection for this project begun in March 2012 and ended in December, 2012 (two fieldwork trips). The collection also contains recordings made outside of the SG project period, in particular those collected in September 2011 and January 2014.

Users of any part of this collection should acknowledge Valentina Schiattarella as the principal investigator. The Endangered Languages Documentation Programme as the funder of this project. The relevant information is available in the metadata.