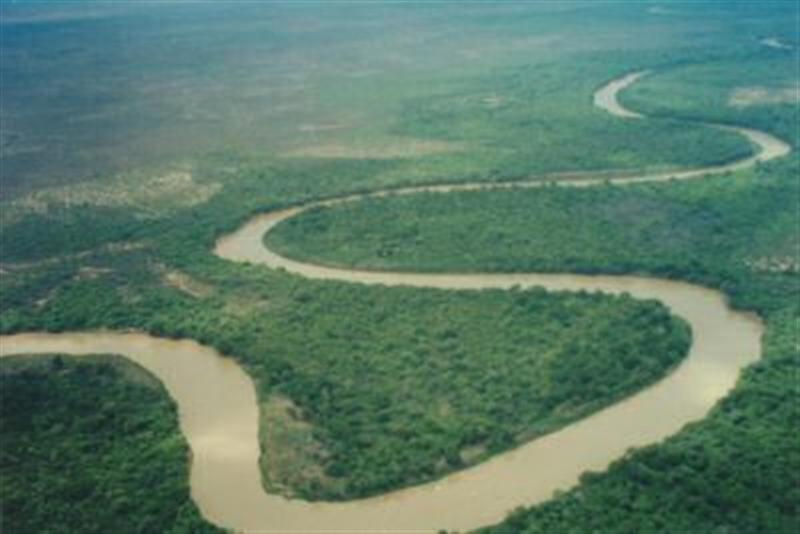 This collection contains materials on Koegu, a highly endangered language spoken by an estimated 200 people in south-western Ethiopia, especially near the Omo river west bank and the village of Kuchur. Koegu has been influenced heavily by the Kara language (an Omotic language spoken nearby) and is therefore not only under threat from negative attitudes, but also outside influences.

This collection contains a survey of the last surviving speakers of Koegu who live amongst the Kara, Bume, Mursi and Bodi communities as well as recordings of people, events and ceremonies. Since the Koegu are amongst the last surviving hunter-gatherers in the region, this documentation will contribute to the preservation of the cultural heritage of the Koegu.

This collection represents members of the Koegu, one of the last surviving hunter-gatherers in the region, who live in the lower Omo valley of south-western Ethiopia. They live in small pockets among the Kara, Bume, Mursi and Bodi in settlements that are found scattered on the two banks of the Omo river over a distance of well over 200 km.

The Koegu are also known by other names: Muguji by the Omotic Kara and Hamar, Umucu by the Nilotic Bume, Nyidi by the Surmic Mursi, and Yidi by the Surmic Bodi. In 1998, there were less than 200 Koegu living amongst the Kara in a village called Karodus on the Omo, and around another 200 Koegu living amongst the Mursi. The Koegu are shifting both linguistically and ethinically to the four linguistic groups they live among.

Koegu (ISO639-3:xwg; Surmic, Southeast Surmic) is the highly endangered language of a hunter-gatherer community, which spoken in the rift valley of south-western Ethiopia. It is seen as lower class by surrounding communities.

The first published mention of the Koegu is in a footnote in ‘Altvölker Süd-Äthiopiens’ (Jensen, 1959), in a chapter on the Bodi by Eike Haberland. Here they were referred to as ‘Idenich’, a name by which they are known to the Bodi. Muldrow (in Bender 1976), refers to the Koegu under languages of the Maji Area. Lydall (in Bender 1976) mentions the Muguji, whom she describes as the ‘southern branch’ of the Kwegu, who were then living in two villages on the left bank of the Omo at the Mago-Omo junction. Turton (1982, 1986) offer a sociological analysis of the relationship between the Koegu and one of their neighbours, the Mursi. Hieda (1993) discusses the cultural influence of the Kara on the Koegu, and provides some lexical evidence. Matsuda (1994) discusses the relationship between the Koegu and the Bume and Kara. Matsuda (1998) discuses the consequences of the introduction of automatic rifles in 1989. Apart from these pioneering works, no systematic attempt has been made to describe the various Koegu groups living along the Omo river.

Koegu is among the least described languages in the region. Hieda (1991) provides material on this nearly extinct language, Hieda (1992) gives useful grammatical information. Both publications contains transcription errors which require serious revision. Apart from the two missing vowel phonemes and some incorrectly transcribed consonants (e.g. trill and lateral consonants) quite a number of Kara lexical items have been included in the Koegu lexicon.

The Lower Omo valley is one of the linguistically and ethnically most heterogeneous regions of Ethiopia, bordering on Sudan and Kenya. It is also one of the least known and, until recently, almost inaccessible parts of North-East Africa. In this region, speakers of at least three major language families (Nilo-Saharan, Cushitic and Omotic) and a few scattered unclassified languages interact with each other. The dominant lifestyle, pastoralism, has affected a few pockets of hunters, gatherers and fishers, while modern lifestyles have been, up to now, largely marginal. Other languages which have become extinct or nearly extinct in the area include: the Omo Murle (less than ten elderly speakers of the original language were reported to be living in 1991); and the hunter-gatherer Ongota, found living a few years ago along the upper course of the Woyito River, who number no more than a few dozen, with less than ten speakers of the original language still living. In all cases, linguistic shift is but an instance of a more general cultural and economic shift to the dominant pastoralist values of the neighbouring peoples.

Since the Koegu are amongst the last surviving hunter-gatherers in the region, the documentation of basic ethnographic and linguistic information as well as the audio and video recording of cultural activities and events will contribute to the preservation of the cultural heritage of the Koegu, the data having both cultural and historical value.

The materials in this collection were gathered and prepared by Moges Yigezu (linguist), David Turton (anthropologist), a technician and Lopau Parsho, who is a native speaker of Koegu, an employee of the Mago National Park located in the Omo valley and the main contact person for the project.

Before the research for this project, both researchers have carried out field research amongst the Koegu. Moges Yigezu conducted linguistic fieldwork in January and August 1998 amongst Koegu (Muguji) speakers living with the Kara, in a village called Karodus on the Omo and produced a basic phonological description as a result of this research.

David Turton has been conducting anthropological fieldwork amongst the Mursi since the late 1960s and has made a special study of the relationship between the Kwegu (Koegu) and the Mursi. He has analysed this relationship both in print (1986) and in a documentary film made in collaboration with Leslie Woodhead (1982).

The materials in this collection were gathered between 2006 and 2007 during the research for the ELDP-funded Pilot Project Grant held by Moges Yigezu.

Copies of the materials in this collection will be deposited with the Library of the Institute of Ethiopian Studies of Addis Ababa and the South Omo Research Center in Jinka, South Omo zone. The Institute of Ethiopian Studies is the reference institution for doing research in Ethiopia. The South Omo Research Center has been created to stimulate research on the languages and cultures of the region and it has a museum of its own dedicated to the preservation of the cultural heritage of the region.