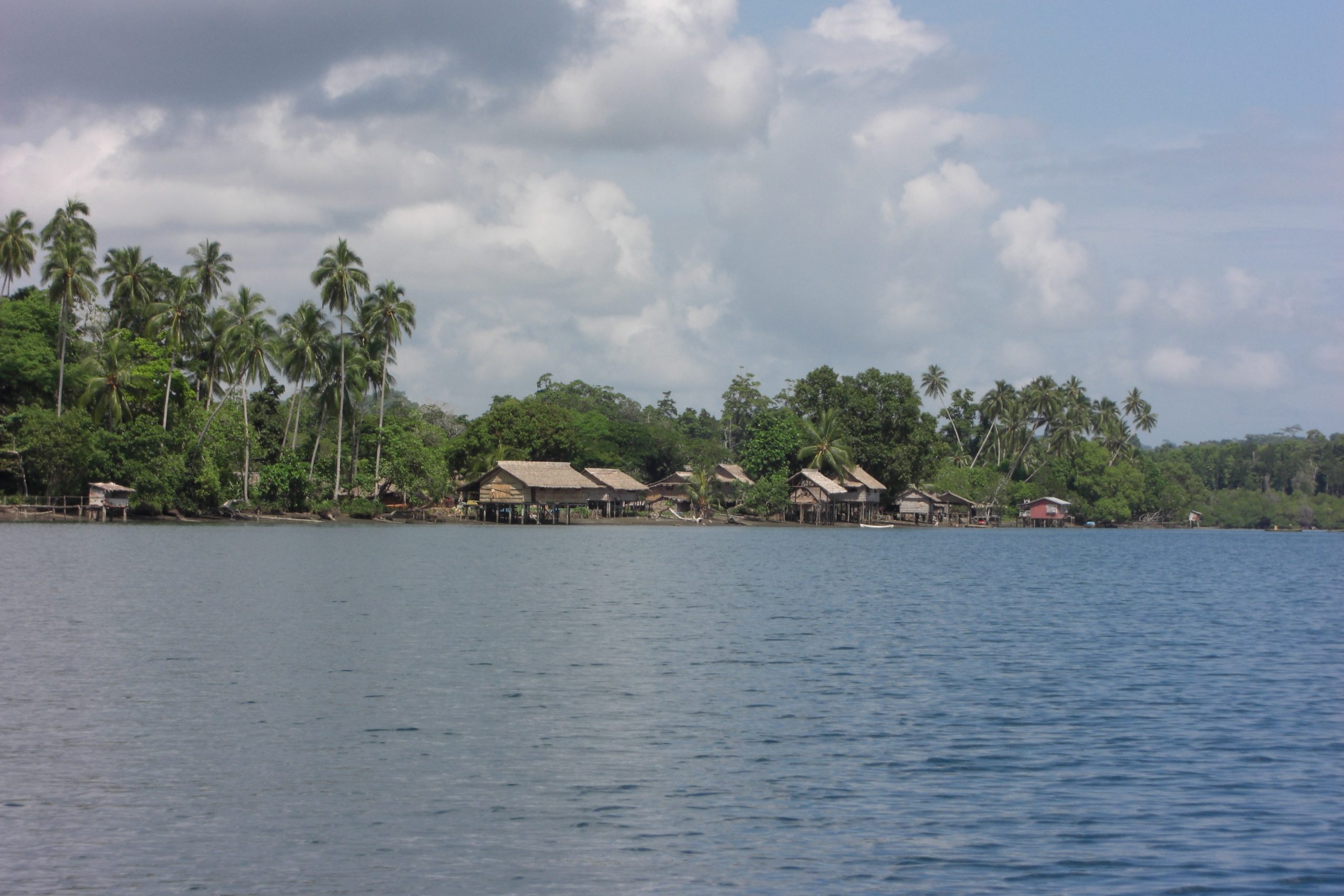 The data have been collected from consultants, men and women of different age groups and a small number of children, representing all the Blanga inhabited areas. In most of the recordings, interactions are limited to community level. However, in some of them, the life and actions of Blanga community members are depicted within the larger context of the St. Isabel Island environment, where they are in permanent contact with other linguistic groups.

The language known in literature as Blablanga but currently refer to by its speakers and their neighbours almost exclusively as Blanga, (iso 639-3 code blp) is an Austronesian language belonging to the Northwest Solomonic branch of the Oceanic subgroup. Its three dialects are spoken by 1150 people (2008) on Santa Isabel Island, Solomon Islands. The best represented in this collection is the dialect spoken on the northern coast (Northern Blanga or Loghahaza Blanga) in the villages of Popoheo, Kolosori and, partially, Hovukoilo-Sogholona plus the small settlements of Kavaberi-Guguha Hill, Boinio, Holokama, Dodova, Gozoruru, belonging administratively to the Hovukoilo Ward, by the Maringe Lagoon. The other two dialects are both spoken on the southern coast, one in Kilokaka, Galili, Hiroleghu, Gazuhungari, Gugugluro, Kotlomuro, Biraki and Tavol (Southwestern Blanga or Zazao Blanga) and the other in Biluro, Hiroleghu and Tavol (Southeastern Blanga or Biluro Blanga), in the Susubona Ward, neighbouring the Hograno Region. Until recently, Zazao (Kilokaka) was considered a different language and consequently assigned a different iso code (jaj). Recent research, especially my own documentation project and my PhD thesis, has shown that Zazao is a Blanga variety. The differences between the three dialects are minimal and their speakers consider them to be the same Blanga language, which in turn is seen as distinct from any other language.

There are important generational differences in the language and younger people are gradually shifting to Cheke Holo (Maringe), the major trade language of St. Isabel, in which almost all Blanga speakers are fluent. Multilingualism is common. Cheke Holo is used as a lingua franca at Island level, while Pijin, the Solomons variety of Melanesian Pidgin, is employed for communication with groups from outside the island. Many Blanga speakers can also speak or understand one or two other languages of Isabel.

-the emergence of affricate phonemes, rare in Oceanic, and the marginal phonologisation of the glottal stop, both occurring in the variety used by younger speakers, under the influence of Cheke Holo;

-the strong tendency of hiatus avoidance by both younger and older speakers, which forms the base of numerous surface phenomena and has consequences for the pattern of stress assignment in the language;

-the existence, under certain constraints, of consonant clusters, also rare in Oceanic but frequent in the NW Solomonic subgroup;

-the way stress is assigned and the way it surfaces has important consequences for a general theory of stress and word minimality;

-the effect of loanwords on the language’s structure include the incipient introduction of a labial glide phoneme, the generation of syllabic codas, and the acceptance of consonant clusters that do not obey traditional constraints;

-intonation and its role in the structuring of information.

-the existence of only two major word classes;

-lack of adjectives but presence of descriptive stative verbs;

-the noun mane ‘man’ becoming a marker of specificity;

-incorporation of non-specific nouns into verbs;

-semantic (macro)roles not encoded grammatically but identified by speaker and hearer based on the semantics of the predicate, pragmatic and cultural knowledge, and the larger discourse context;
-grammatical relations are construction-specific and there is no need for their employment with most syntactic structures;

The Blanga corpus consists of approximately 80 hours of audio and 30 hours of video recordings, some with separate audio backup. It In addition to recordings, the collection includes scanned copies of written agreements, official documents and my field notebooks, digital photographs of consultants and locations, digital copies of elicitation materials created in the field, scanned copies of Blanga hand-written materials, and Toolbox and ELAN files, all accompanied by consistent metadata.

The materials deposited here were collected during the project Documentation of Blablanga, Solomon Islands, funded by the Endangered Languages Documentation Programme (ELDP) grants IGS0048 and IGS0048-supplement and covering thirty-six months, of which twelve were shared between two field trips, during which a substantial amount of data has been collected see above). The first trip lasted for nine months between 6th October 2007 and 30th June 2008 and was followed by a second three-month trip that took place between 5th October and 24th December 2009.

Users of any part of the collection should acknowledge Radu Voica as the principal investigator. Users should also acknowledge the Endangered Languages Documentation Programme as the funder of the project. Individual speakers whose words and/or images are used should be acknowledged by name as should the transcribers and translators. All information on contributors is available in the metadata of each file/bundle.

To cite the individual items within the collection, please use the following format: