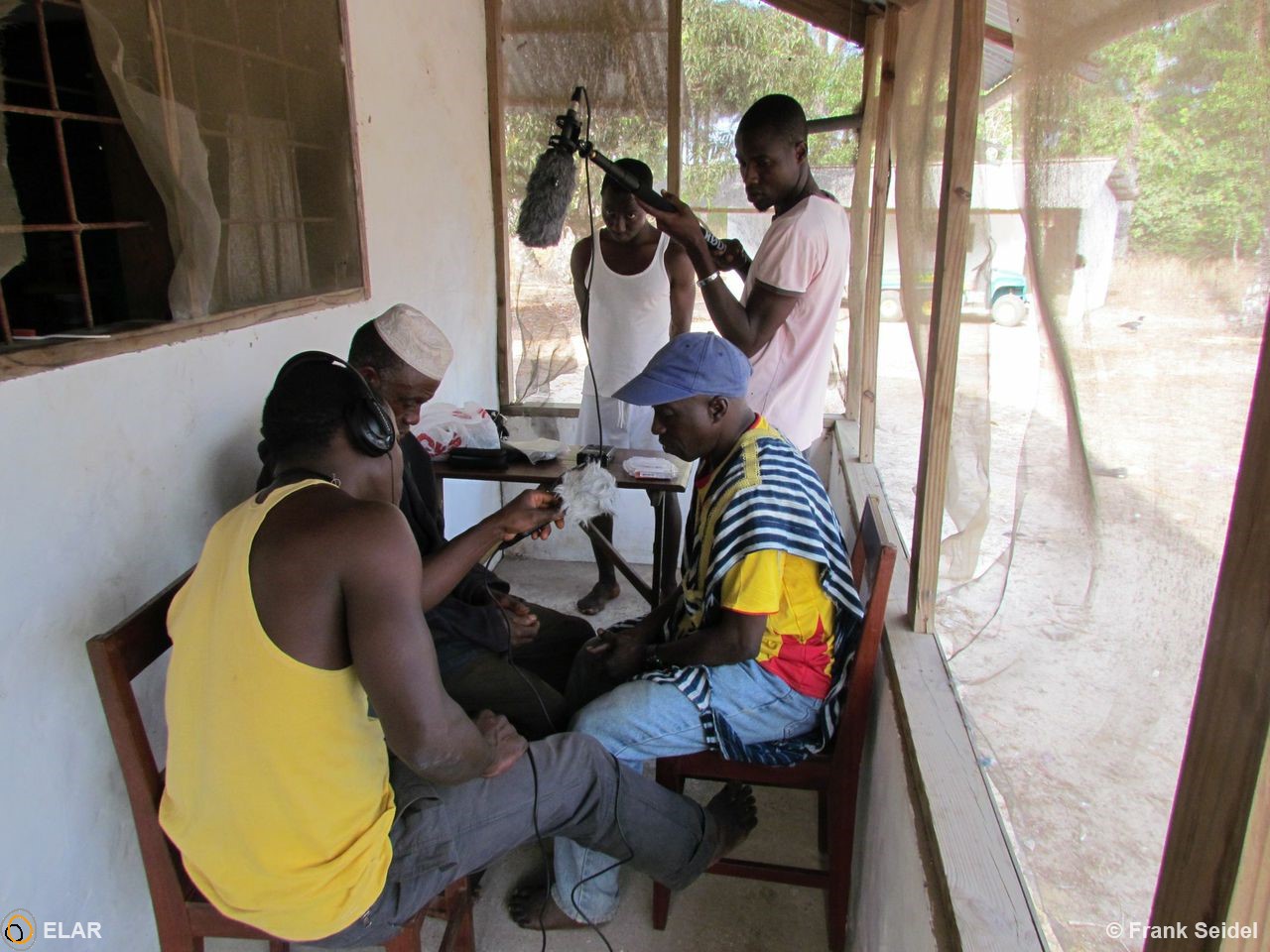 This collection contains a record of the little studied Nalu language. At the moment it includes two dictionary collections, audio and audio-visual data from different textual genres, cultural activities, etc., five short documentaries, preliminary drafts for an orthography and a grammatical sketch.

Nalu-speakers of Guinea and Guinea-Bissau.

Nalu is an endangered Atlantic (Niger-Congo) language spoken on the littorals of Guinea and Guinea-Bissau. In Guinea, most Nalu speakers live north of the river Nuñez on the Tristão islands, located in the sub-prefecture of Kanfarandé, prefecture of Boké. Across the border in Guinea-Bissau, speakers of Nalu inhabit the Cacine estuary in the Tombali region.

Nowadays, Nalu speakers are shifting towards Soso. Because of the language shift situation it is hard to gauge exactly how many people actually speak the language still. Numbers vary between 6000-25000. It is predominantly spoken by an adult population (>30 years) but is still transmitted to the next generation in a few remote villlages around Katoufoura.

It is claimed that ancestors to the contemporary language community entered the current living area around the 14th and 15th centuries.

The Nalu Language Archive was made possible through funds from the Endangered Languages Documentation Programme (ELDP) for the post-doctoral language documentation project Documentation of Nalu, Tristão islands, Guinea (Atlantic, Niger-Congo) which was hosted by the Center for African Studies (CAS) at the University of Florida and effected in collaboration with the Université Général Lansana Conté de Sonfonia-Conakry (UGLC_SC). Fieldwork was done from January 2011 – June 2011 and January 2012 – May 2012. So far anything contained in this archive originates directly from that project.

Publications on Nalu based on the archive: