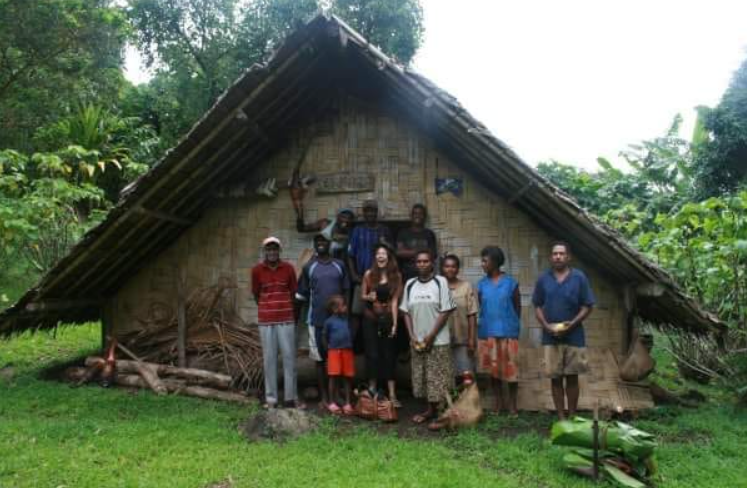 Ske is an undescribed Austronesian language of Pentecost Island, Vanuatu. It is spoken by approximately 600 people in an area surrounded by speakers of the dominant local language.

This collection contains annotated audio and video data of different genres: oral histories, ceremonial speech, and conversation, made in collaboration with local fieldworkers.

This collection represents members of the Ske-speaking community, who live in a single village, Baravet village, on the west coast of southern Pentecost Island of Vanuatu.

The 1999 Vanuatu Census identifies a community of 600 speakers of Ske as a first language. Ethnologue statistics note that 70% of the adult population speak Ske, compared to 30% of children. This information suggests that the speech community is an aging one in which little inter-generational transmission of Ske is occurring, a situation which will cause the speaker population to further dwindle in size.

Due to the small number of Ske speakers, the languages of communication for the Ske-speaking population with its neighbors and in domains outside the home consist of Bislama, English and French as well as the neighboring languages Apma and Raga.

Ske is an undescribed language of the East Vanuatu sub-group of Oceanic languages spoken in southern Pentecost Island of Vanuatu. Three other languages are spoken on the island: Apma, Raga, and Sa (another, Sowa is believed to be a dialect of Ske, see below). Of these languages, Apma and Raga are dominant with speaker numbers totaling between 6,000 and 8,000 each.

Linguists working in the area (Schneider and Malau, personal communication) have observed that the number of speakers of Apma and Ragma and Bislama is growing as language shift from Ske and Sowa takes place.

Lynch and Crowley (1994) place Ske, along with the other languages of Pentecost, in the East Vanuatu sub-group of the Central Eastern Oceanic group of the Austronesian language family. Crowley (2000) notes that Ske, Apma, Raga and Sa are related, but are mutually unintelligible and classified as separate languages. In personal communication, Dr. Catriona Malau noted that Sowa may constitute a dialect of Ske, but no academic research into this has yet taken place.

On Pentecost Island, Crowley (2000) reports that there is no orthography for Ske, however there exist written forms of Raga and Apma.

When completed, this collection will contain linguistic, cultural, and ethnobotanical data from a representative cross-section of Ske speakers including people of different genders, generations, levels of education, and status within the society.

The materials in this collection were gathered and prepared between 2007 and 2010 during research for Kay Johnson’s ELDP-funded Individual Graduate Scholarship.

To refer to materials from this collection, please cite the collection in this way: