Documentation of the Mandaean’s Rituals 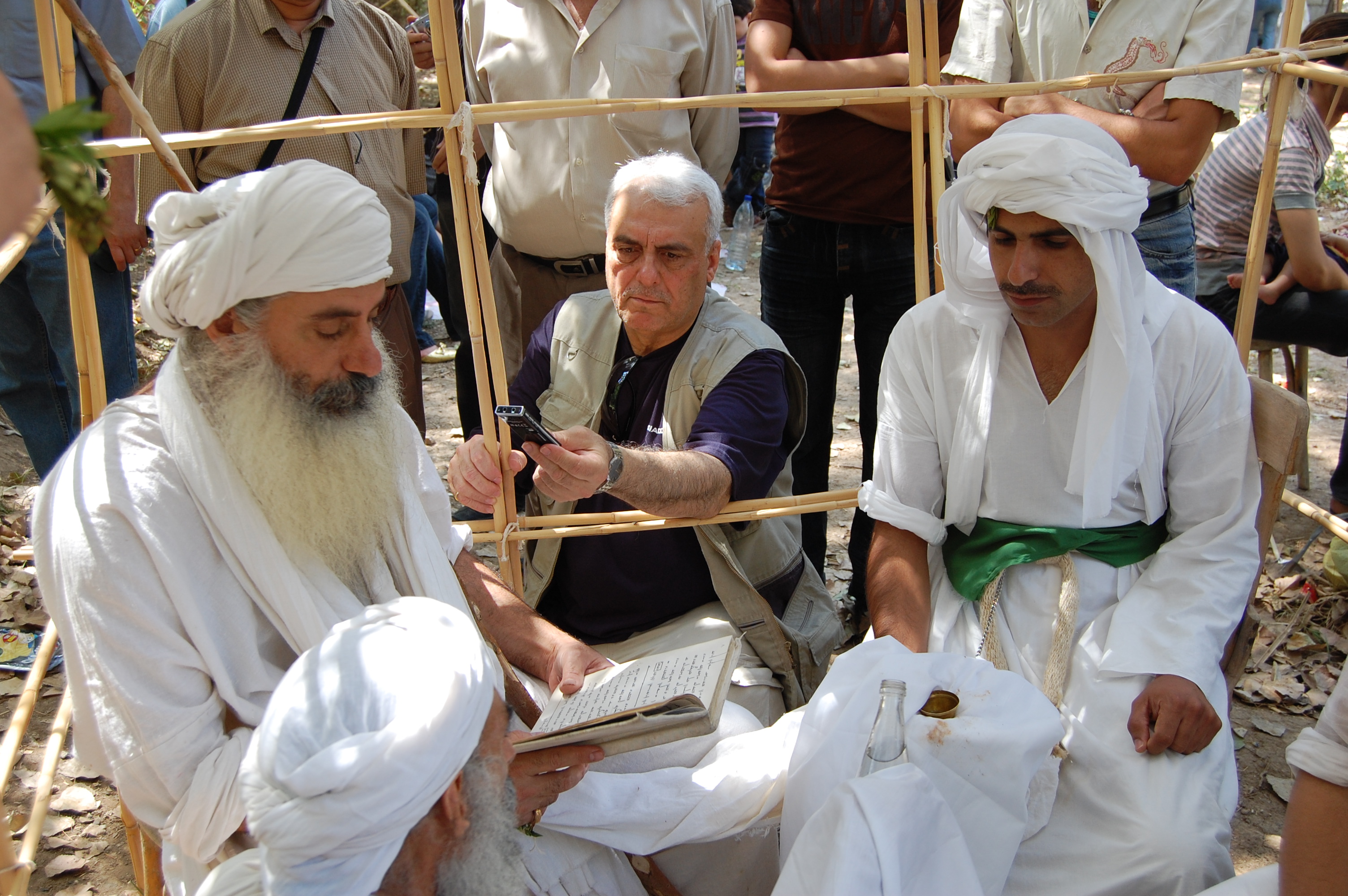 Sabah Aldihisi, the researcher, among attendees of a wedding (May 2006). Deposit page image for the collection “Documentation of the Mandaean’s Rituals”. Click on image to access collection.

This collection aims to provide lively and interesting on classical Mandaean texts as well everyday vernacular conversation material in multimedia form for the Mandaean community so that future generations can easily learn them and enjoy their richness and as well as the wealth of rites of Mandaic faith.

For classical Mandaean texts and rituals, the collection will include recordings of rituals including the hymns and prayers recited by the priests while performing the rituals, as well as digital versions of manuscripts where possible.

For recordings of every day conversation in “raţna” or vernacular Mandaean, the researchers will record contemporary language usage from the few families in which “raţna” continues to be spoken.

Mandaean speakers in Iraq and Iran
Mandaeans – which equals the Greek “gnostikos” – are the only Gnostic sect still in existence. Other Gnostic groups in Egypt, Syria and Palestine vanished long ago. The Mandaean community trace their history in Mesopotamia and Ahwaz province of Iran to the first century of the first millennium. After 2000 years of continued and flourishing existence in both Iraq and Iran, persecution against the minorities of Iraq after the second gulf war, especially the Mandaeans, forced them to flee their homeland and seek refuge in other countries. . The community has dispersed to Australia, the US, Canada and many European countries and almost no one of the youngest generation speaks the language. Therefore, their population of 40, 000 dramatically dropped to a few hundred, and very soon Iraq will lose its Mandaean community just like it lost the Jews half a century ago.

In this collection, there will be recordings of priests and elderly members of the Mandaean community in Iran, Syria, Europe and Australia who are known for their accurate pronunciation of the language and long experience. Many priests have already welcomed the idea and expressed their willingness to assist in this project.

Mandaean is a Mandaic language spoken by an estimated 5,500 people in Iraq (Baghdad, Basra) and Iran, with reports of speakers also residing in the United States. The Mandaic script is written right to left (see Omniglot for examples). Alternate names: Mandaic, Mandi, Mandini, Modern Mandaic, Neo-Mandaic, Sabean, Sabe’in, Subbi. According to the ‘UNESCO Atlas of the World’s Languages in Danger of Disappearing’ Mandaean is considered the most endangered language in the Middle East. The classical Mandaean language is a type of eastern Aramaic, with features similar to those of the language of the Babylonian Talmud, in which the Mandaean liturgies are written. Some members of the Mandaean community, especially those in Iran, continue to speak Neo-Mandaic “raţna”, a modern version of this language.

This collection will contain transcribed and translated speech and rituals of the Mandaeans, with the aim of preserving these for future generations and to enable young members of the Mandaean community to learn the language.

The materials in the collection were gathered and prepared during the depositor’s research for his ELDP Pilot Project Grant from 2008 t0 2009.