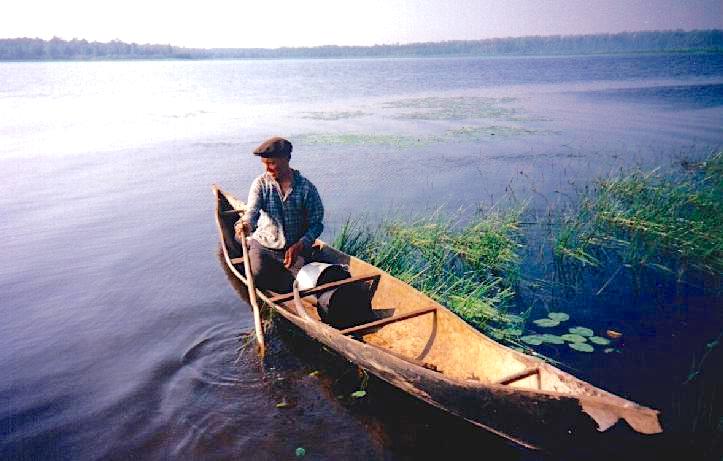 The languages of the collection, Eastern Khanty and Southern Selkup, (i) are severely endangered: each numbers under 20 last proficient speakers; (ii) have existing legacy data in Tomsk with limited access, which is to be improved as a result of the project; (iii) are characterized by areal contact contiguity; (iv) are ethnographically consistent, with the last traditional culture practitioners. The cooperative project between the University of Zurich and Tomsk State Pedagogical University builds on extended research experience with the respective languages, and relevant documentation methodology. The project pursues documentation and analysis of two endangered languages of Western Siberia, Russia in order to gain insight into local processes of area formation.

The important factor at play in the target area is considerable local variation and contact among genealogically related and unrelated languages. The situation is dominated by a general divide between the taiga forest-swamp ecosystem in the south and the tundra plains in the north, which also marks a traditional occupation and cultural divide between forest hunter-fisher-gatherers in the south and semi-nomadic reindeer herders in the north. These ecosystemic, occupational and cultural boundaries cross-cut language areas (Khanty, Selkup, etc.), but tend to generally coincide with dialectal divisions, e.g., Eastern Khanty (south) vs. Western Khanty (north), Northern vs. Southern Selkup, etc. The information in the Ethnologue relies on the more documented and better preserved Western Khanty dialects, and this does not adequately represent the state and context of the Eastern Khanty dialects (the same refers to Selkup). Importantly, current population statistics does not reflect the numbers of speakers. Most Western Siberian indigenous communities are linguistically assimilated Russian monolinguals, with the remaining minority being bi- or multi-lingual and with varying degrees of competency in their mother tongues. The geographical references are to be seen as selected single locations from the target dialect area, where field locations (language communities) can be separated by 200-500 km. In this context, interaction is often more frequent between representatives of genealogically remote from each other but geographically adjacent language communities (Khanty-Selkup, Selkup-Ket, Selkup-Chulym Turkic) than between the communities within the same phyla. This is particularly true of Eastern Khanty and Central Selkups who populate the same river basins, and are distant from geneological “relatives”.

The two languages of this documentation project were chosen on the basis of the following criteria:

Effectively, the area of Eastern-most Khanty dialects and Southern/Central Selkup (the least described and most endangered varieties) remains the white spot in the ongoing documentation initiatives. This situation will be remedied as a result of the project using the existing legacy data (in Tomsk) on these dialects, and the available field and analysis experience of the researchers.

In addition to the described cooperative nature of the project, its international team enjoys collaboration with the leading experts in individual areas of specialization from 3 more institutions: Dr. Beata Wagner-Nagy from the University of Hamburg; kand. Valentin Gusev from the Institute of Linguistics of the Russian Academy; and Dr. Sven Grawunder of the Max Plank Institute for Evolutionary Anthropology in Leipzig.