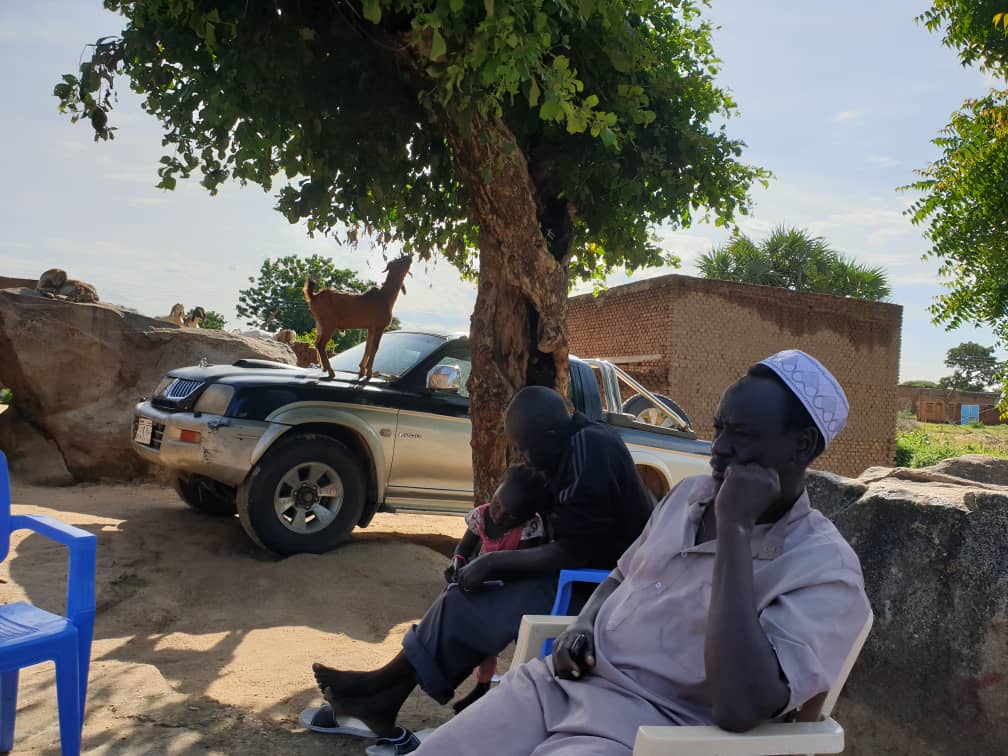 Landing page image for the collection “A preliminary linguistic survey of the Tagoi language”. Click on image to access collection.

The Tagoi language is spoken by 13,000 people (SIL 1982) in the Nuba Mountains, Sudan. Tagoi was classified by Greenberg (1966) as a Kordofanian language. Its genetic status as a Kordofanian language has been questioned by Dimmendaal (2009), although this author does accept the affiliation of Tagoi and the cluster it belongs to, Rashad, to the Niger-Congo phylum. This study provides facts about the sociolinguistic situation and the degree of language endangerment, the phonology, and the noun and verb morphology of the Tagoi language. It constitutes the basis for a more comprehensive collection and build local competence in language documentation.

In 2010, representatives of the Tagoi language community came into contact with the Department of Linguistics at University of Khartoum. They had for a long time been looking for help to document their language and culture and develop an orthography, which they consider to be the only way to maintain their language. Elicitation sessions with Tagoi informants started in January 2011 at the Department of Linguistics. The language is under serious pressure from Arabic, the main L2, and even L1, of many members of the Tagoi community. Many of the young Tagoi do not know the Tagoi language well.

The Rashad phylum (to which the Tagoi language belongs) is part of the Kordofanian branch within
Niger-Congo. However, earlier documentation shows that the Tagoi dialect cluster has a full fledged alliterative noun-class system whereas the other member of the Rashad group, the Tegali dialect cluster, have a more restrictive system. The Tegali and Tagoi clusters are lexically very close, and must thus be considered as genetically closely related. This situation is extraordinarily interesting for historical linguists.

Traditionally, researchers found the explanation that the Tegali cluster had a noun class system too, and subsequently lost it, preferable to the alternative, that the Tagoi cluster gained it. However, there are problems with the traditional scenario. The poor evidence for a recently lost noun class system, and the possibility that the Tagoi cluster borrowed its noun class system from neighboring Heiban languages (classified as Kordofanian by Greenberg) must seriously be considered. This is pursuable only with adequate documentation of the Tagoi languages. This project intends to investigate this issue as well, although it is not the main purpose of this initial survey of the Tagoi language.

Fieldwork was conducted over a period of three weeks in the area of Tagoi in the Nuba Mountains. A prior field trip (one week) took place in April 2011.

(i) a basic phonological description and a sketch of the noun and verbal morphology,
which will be used for developing a practical orthography;

(ii) a sociolinguistic survey of language knowledge, language use in different domains and language attitudes among the Tagoi language community;