Documentation and Description of Wanyjirra, a language of Northern Australia 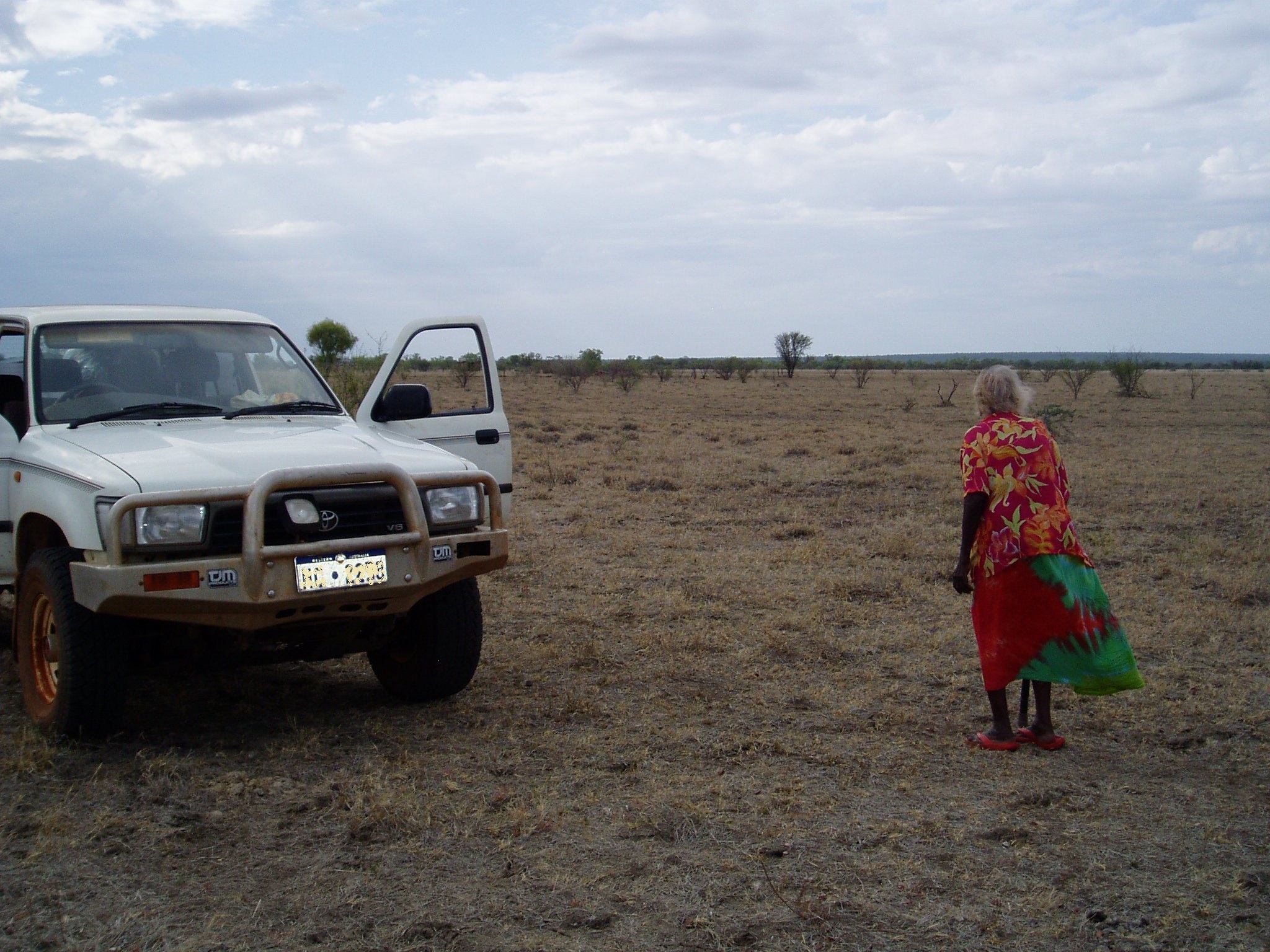 Landing page image for the collection ‘Documentation and Description of Wanyjirra, a language of Northern Australia`. Click on image to access collection.

This collection contains descriptions and documentation of Wanyjirra and is taken mainly from two speakers and their families.

Goals include: to record, transcribe, translate and annotate audio and video data (including previously recorded materials) and make them available to the community members; to complete a reference grammar of Wanyjirra as a PhD dissertation.

Wanyjirra is an Australian language of the Ngumpin-Yapa group of the Pama-Nyungan family. There are two fluent Wanyjirra speakers who live in the town of Halls Creek, Western Australia. At the time of the field work, both were over 80 years old. Their descendents and other community members do not have a full command of Wanyjirra. Although they partially understand Wanyjirra, they do not speak it in their daily lives. Nonetheless, traditional practices of asymmetric multilingualism mean that they participate in conversations where older speakers address them in Wanyjirra and they reply in Kriol and/or Jaru. Given this situation, it is clear that Wanyjirra is in urgent need of documentation and description, in a way that draws together the speaking competence of the oldest speakers and the passive competence of the younger members of the community.

Since Wanyjirra is lexically similar to surrounding languages, it has been treated as a dialect of these languages and has been missed on some surveys or language maps. For example, according to Ethnologue, Wanyjirra is erroneously reported as a dialect of Gurindji. However, recorded material which Prof. Tsunoda has provided show uniqueness of the Wanyjirra language and culture. For example, Wanyjirra people retain an ‘avoidance’ speech style which is used instead of ordinary speech style between specific taboo kin relations and their own marriage rules based on subsection systems. Another example is the Wanyjirra free pronoun system. This seems to lack core case distinctions: a single form is used for intransitive and transitive subject and object (though another form is used for possessor). This property is quite unusual in Pama-Nyungan languages, but strikingly similar to the non-Pama Nyungan languages spoken geographically close to Wanyjirra, which have the same marking pattern. Neutralisations on this scale have not been reported for other Ngumpin-Yapa languages.

Other typological features of special interest in the language include:

Previous fieldwork on Wanyjirra has been carried out by Prof. Tasaku Tsunoda. The depositor’s Postgraduate Diploma Subthesis (completed in 2008) was the first sketch of the grammar of Wanyjirra. However, since the subthesis was based exclusively on the transcribed materials which Prof. Tsunoda provided, many linguistic features and also cultural information including kinship systems and marriage rules need to be investigated in more detail.

This project focuses on the collection and analysis of an array of primary language data. These materials will be a long-lasting, multipurpose, multimedia resource which will be available for a wide range of users including the language community members and other academic parties who are interested in this language with permissions of the language community. The accessibility and availability of materials will help the community members, especially younger generations who do not usually speak the language to learn their ancestors’ language and traditional cultures. Also, various kinds of pedagogical materials will be created in the future including story books, language and cultural text books, wordbooks, picture books with linguistic and cultural information. The primary materials are expected to use for future studies not only in linguistic and language-related research (for example, typological, pragmatic, sociolinguistic, comparative linguistic) but also other disciplinary research (for example, anthropology, history and botany).