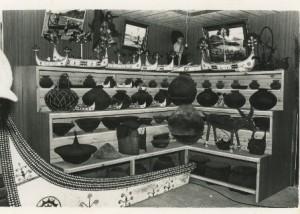 This collection came about as the outcome of the language documentation project carried out between 1 August 2005 and 31 July 2007. The goal of the project was to document the Yami language and facilitate preservation and dissemination of the Yami materials collected since 1994 by the principal applicant and her Yami language consultant, with a team from Providence University in Taiwan. The project led to the preparation of materials to be digitally archived.

The archived collection contains narratives, a reference grammar, a trilingual dictionary with 2000 entries, and multimedia pedagogical materials. In addition, the principal applicant has collaborated with the local consultants to document daily conversations, business transactions and recordings of festivals and traditional ceremonies.

The Yami language, spoken on Orchid Island, belongs to the Ivatan or Bashiic language group. Yami is a Philippine Batanic language and forms part of the Austronesian family. The language is also referred to as ciriciring no Tao, or “human speech”, by its speakers. Many Batanic myths and legends often mention the name “Yami” (dihami) (Yamada 1966), and refer to them as originating from the Batanic Island and migrating farthest to the north. So, the word Yami comes from the Batanic people. That is why the Japanese scholar Tori called the local people Yami (Benedek 1987:21) when he conducted linguistic research on the island. The local people call themselves “People on the island” (pongso no tao).

The collection contains Yami texts recorded on video and/or audio tapes during the two-year documentation project. The topics of the recorded texts belong to the categories of everyday life (children, food, houses), festivals and traditional culture, politics, women’s issues (including the position of women in society, and marriage), and some texts concerning ‘other issues’ (e.g. life experiences and a story about sacrifices).

The texts are archived along with a transcription in Yami, and Chinese and English translations, which are given in XML format. Furthermore, each recording has an associated XML file containing metadata. For a selection of recordings a transcription in ELAN has been made as well. These can be used for further analysis.

The Yami corpora can also be retrieved from the project website (http://yamiproject.cs.pu.edu.tw/yami/).