Documentation and Analysis of Kabardian as Spoken in Turkey 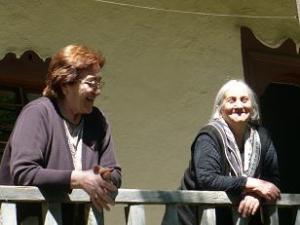 Landing page image for the collection “Documentation and Analysis of Kabardian as Spoken in Turkey”. Click on image to access collection.

Kabardian is an understudied and endangered Circassian (Northwest Caucasian) language spoken by approximately 647,000 people, primarily in Russia and Turkey. Although the largest concentration of Kabardian speakers is found in the Kabardino-Balkar republic of Russia, approximately one half of Kabardian speakers now reside in Turkey after a mass exodus from Russia in the 19th century.

The dearth of research on Turkish Kabardian is largely attributed to many years during which the Turkish government actively discouraged use of Kabardian. No formal instruction in Kabardian has been available in Turkey and the number of people using Kabardian at home has declined due to factors such as intermarriage with non-Kabardian speakers, movement of speakers into large cities where Kabardian is not perceived as a socio-economically viable language, and a series of laws that actively discouraged use of minority languages. The prolonged period of decreased value placed on Kabardian has led many Kabardian-speaking couples to speak only Turkish to their children. The number of children acquiring Kabardian has been reduced to the point where systematic documentation is urgently needed. Most North Caucasians, including Kabardians, in Turkey now speak Turkish as a first language and knowledge of the native North Caucasian language is exceptional in urban areas. In general, there is severe doubt about the long-term survival of North Caucasian languages within diasporic communities like the one in Turkey.

Kabardian is of great typological interest for its rich phonological inventories and its complex morphosyntax. A few points of salient interest are indicated below:

Phonetics and phonology: Phonetically and phonologically, Kabardian is of great interest for its large consonant inventory and its correspondingly small vowel system. Depending on the speaker and variety of Kabardian, there are approximately 45 consonant phonemes. Kabardian’s three ejective fricatives are an extreme rarity cross-linguistically. In addition, its eight-way place contrast in fricatives is unusual and includes a subtle contrast between postalveolar and alveopalatal fricatives (apparently lost for many speakers of Turkish Kabardian) and also extensive contrasts among posterior fricatives, including both rounded and unrounded velars and uvulars, pharyngeal, and laryngeal fricatives.

The number of vowels is controversial with analyses proposing one, two or three core vowels, in addition to four long vowels which may be phonologically analyzed as consisting of a short vowel plus a glide. Pilot work by the author is consistent with earlier analysis of Kabardian as a vertical three vowel system /Œ, ö, aù/, with other surface qualities emerging in certain segmental and morpho-prosodic contexts.

Intonation is another area that had not been quantitatively investigated in Kabardian before the author’s pilot work.

Morpho-syntax. Kabardian is also of interest for its very complex morphology. Several arguments, both pronominal and full noun phrases, may be incorporated into a single verb and a series of prefixes are exploited to mark subtle aspectual and telic differences in meaning. For example, a prefix /q’ x/ which has been termed a marker of “horizon of interest” signals proximity both spatially and in terms of field of interest.

Another area of interest in verbal morphology concerns a series of prefixes expressing shape or spatial orientation. These prefixes convey spatial relations between arguments (e.g. in front of, beside, inside, under, etc.) thus functioning similarly to adpositions in many languages.

Kabardian also possesses an ergative-absolutive argument structure in which there is flexibility in the ordering of arguments in preverbal position. There is evidence for semantic nuances conveyed through word order variation, difference in case markings and, in Russian Kabardian, anti-passive constructions.

This project was overseen by the UCSB (University of California, Santa Barbara) Research Office.

The Kafkas foundation, which is the primary organization administering to the social, political, and economic needs of the Circassian (which includes Kabardian) diaspora in Turkey, expressed great interest in the project and generously offered their logistical support, for example in identifying and contacting native speakers of Kabardian to serve as consultants.

The author previously collected roughly 50 hours of audio data during 3 fieldwork trips to Turkey and is co-author (with Dr. Mathew Gordon) of two papers documenting the phonetic and prosodic structures of Turkish Kabardian.