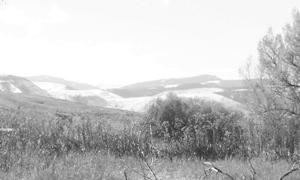 The project aimed to incorporate diverse linguistic varieties into the Arapaho ‘canon’ of audio and written texts, and especially increase the documentation of women’s speech and to contribute to a comprehensive grammatical description of Arapaho. It also contributed to the historical and comparative study of the Algic languages, including inferences about the early history of Algic peoples.

The collection includes a dictionary and text concordance containing grammatical information, text references, examples from texts and usage information. The analytical and cultural dictionary includes, in addition to English-Arapaho and Arapaho-English glosses, morphological analysis, etymology (including Proto-Algonquian and Proto-Algic roots), and references to a text corpus.

Arapaho is one of a group of Algonquian languages spoken on the Great Plains, on the eastern seaboard, northeast and upper midwest of the US, and in eastern Canada in an area separate from the main speech area. The Arapaho language has changed rapidly over the centuries, and does not closely resemble other Algonquian languages in many ways.

The variety documented here is Northern Arapaho, as spoken on the Wind River Reservation in Wyoming, USA.

The Algonquian languages and peoples have played an important part in American history. All the tribes initially encountered by English settlers were Algonquian, and these farming peoples shared their crops such as corn, squash, beans and pumpkins with the new arrivals. The first book printed in the US was a translation of the Bible, printed in the Massachusett language, in the early 1600’s. The majority of words borrowed into English from Native American languages are Algonquian in origin, including moccasin, moose, wigwam, wampum, toboggan, and place names including Massachusetts and Connecticut.Today, many of the Algonquian language are either extinct or threatened with extinction. No children are currently learning Arapaho as a first language spoken in the home. Virtually all of the fluent, native speakers of Arapaho (who learned Arapaho as their first language) are now over the age of 50. Certainly less than 500 people still speak Arapaho, concentrated overwhelmingly among the Northern Arapaho in Wyoming.

In developing an Arapaho-English and English-Arapaho dictionary, I intend to make use of as many sources as possible, including manuscripts, previously published dictionaries and contemporary speakers. A dictionary entry references a source if the head word is found only on once source. Those words found in multiple sources do not have references.

All scientific names for plants are from Cowell mss.

The two most significant sources are:

Many fellow linguists and Arapaho speakers have contributed to my work documenting and revitalizing the Arapaho language.

I would like to thank Belle Matheson, a fellow student at Berkeley who first introduced me to the Arapaho language and people in 2003. Some of the recordings on the audio dictionary were made with her. J. Andrew Cowell, scholar of Arapaho literature and language, has provided invaluable help and guidance at every step.

Thanks to members of the Berkeley Yurok Project (especially Andrew Garrett), who have provided technical and general guidance.

Most importantly, thank you to all the speakers who have worked with me. They have graciously and patiently begun to teach me their language, and I hope these efforts will be useful to them and to their children and grandchildren.