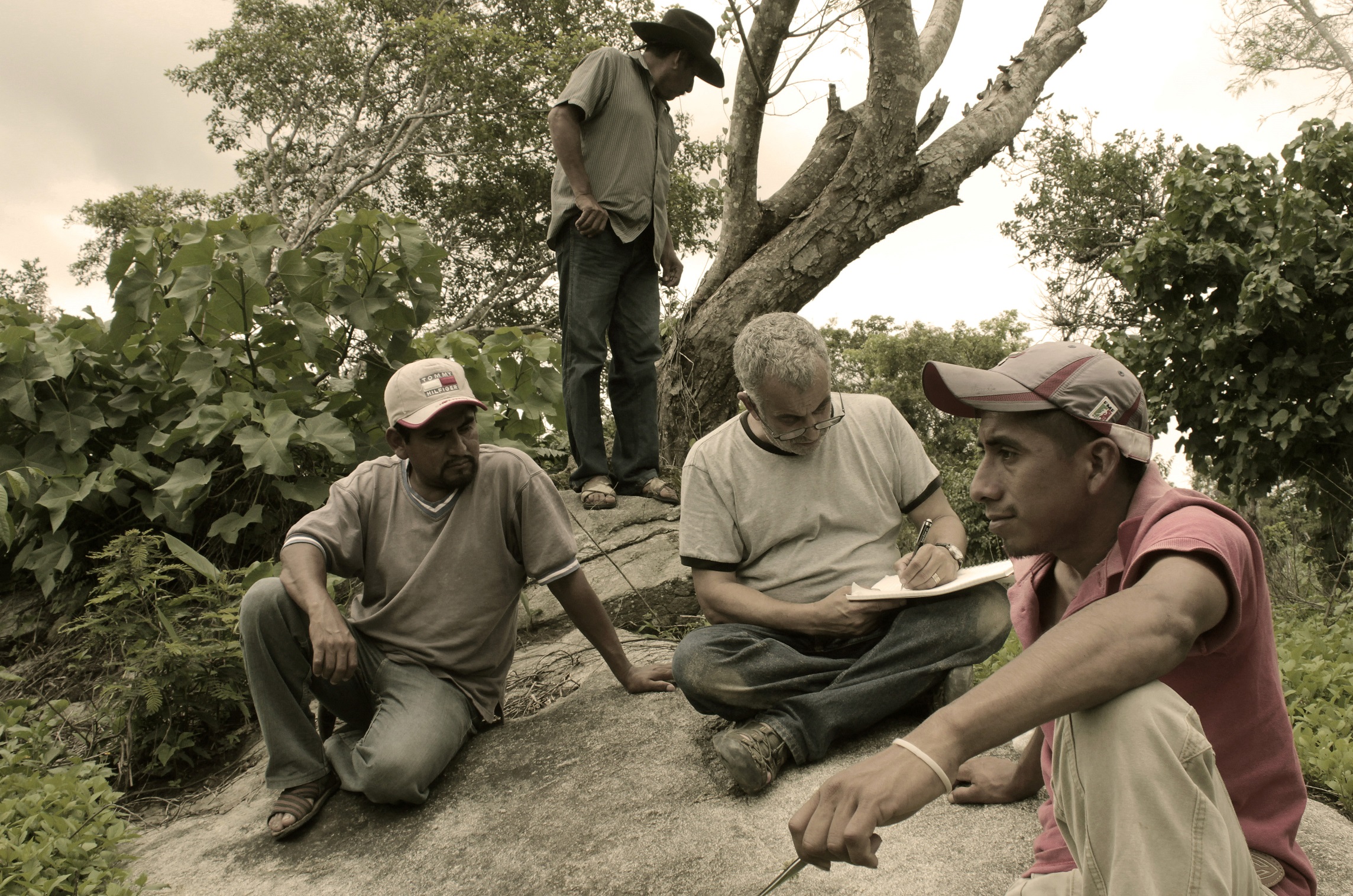 This collection is currently divided into two parts: Narratives and their corresponding transcriptions, and elicitation lists for phonetic analysis.

Transcriptions are in Transcriber, .trs, time-coded format. All encoding is in UTF-8.

The elicitation lists provide data for phonetic analysis of tones. Elicitation list 001 for example, is comprised of 261 words that were selected to represent all tonal patterns found on various syllable types for bimoraic lexical words.

Jonathan Amith is the main collector and donor of this collection of Yoloxochitl stories who worked with a local documentation team. Some stories were recorded by members of this team, Jeremias Cabrera and Rey Castillo García.

Documentation of Yoloxóchitl Mixtec began with support from the Ford Foundation and a programme which initially aimed to provide support for the development of educational materials for indigenous language instruction in Tlapanec, Mixtec, and Nahuatl. Amith was asked to collaborate with the project to advise the group on how to best achieve this goal and to help develop the proposal for the Ford Foundation.

After some time it became apparent that while the Secretaría de Educación Pública (federal, educación Intercultural) had designated a school as a pilot effort to promote the creating of indigenous language learning materials there was no support for this effort either in terms of equipment and money nor in terms of time away from regular responsibilities. Thus the project fell apart due to lack of interest on behalf of the school, and lack of support on behalf of the government.

Instead, the funding provided by the Ford Foundation was used for development of educational material in the same three languages but in different environments. Contact was established with speakers of each of the three languages, and documentation efforts were soon underway. Amith worked with Nahuatl and Totonac speakers in Sierra Norte de Puebla who showed the aptitude to learn the skills necessary for language documentation and the production of didactic materials. These were Amelia Domínguez Alcantara, Eleuterio Gorostiza Salazar, and Aldegundo González (the latter the director of Tosepan’s center for education and “capacitación”). The Sierra Norte de Puebla effort was eventually supported by an NSF grant (see separate documentation initiative).

Documentation effort for Mixtec began when Amith started collaborating with Rey Castillo García, a native speaker of Mixtec who was completing his master’s degree in Lenguas Indoamericanas at CIESAS (Centro de Investigaciones y Estudios Superiores en Antropología Social), Mexico City. Throughout their efforts they made several recordings that Castillo began to transcribe in the orthography he had used for his master’s degree thesis at CIEASAS (he had described Yoloxóchitl Mixtec as a five-tone system with 1 low to 5 high, since that time we have reanalyzed the phonology as a 4-tone system). This effort was first supported by the Endangered Language Documentation Programme (Hans Rausing Fund and the School of Oriental and African Studies, London) pilot project and then by major project support. The Yoloxóchitl Mixtec effort was also later supported by a National Science Foundation grant.

After working together for close to a year, Amith and Castillo applied for support from ELDP at SOAS for a pilot project. The award was granted in 2008.

Some of the files found in this collection are also available for viewing at the Archive of Indigenous Languages of Latin America, University of Texas, as of February 2009.