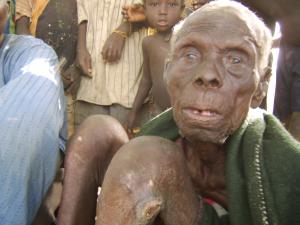 This collection consists of electronic wordlists collected, with considerable difficulty, from four ‘rememberers’ of Damakawa. All of the words should be considered suspect, and there seems to be a lot of contamination from the surrounding languages (especially Cicipu and Tsuva’di).

The collection also includes audio recordings of two of three elicitation sessions (in Hausa), although these are not linked to the lexicon at present. In addition, the following resources are included:

Damakawa is (2008) a moribund West Kainji language spoken in two or three villages between Dirindaji and Makuku in Sakaba LGA, Kebbi State, Nigeria. The Damakawa are an ethnic group of about 500-1000 people, but the language is no longer spoken. There are a handful of ‘rememberers’.

Damakawa remained unknown to linguists until 2008. This is therefore the only record of the language (as of September 2009).