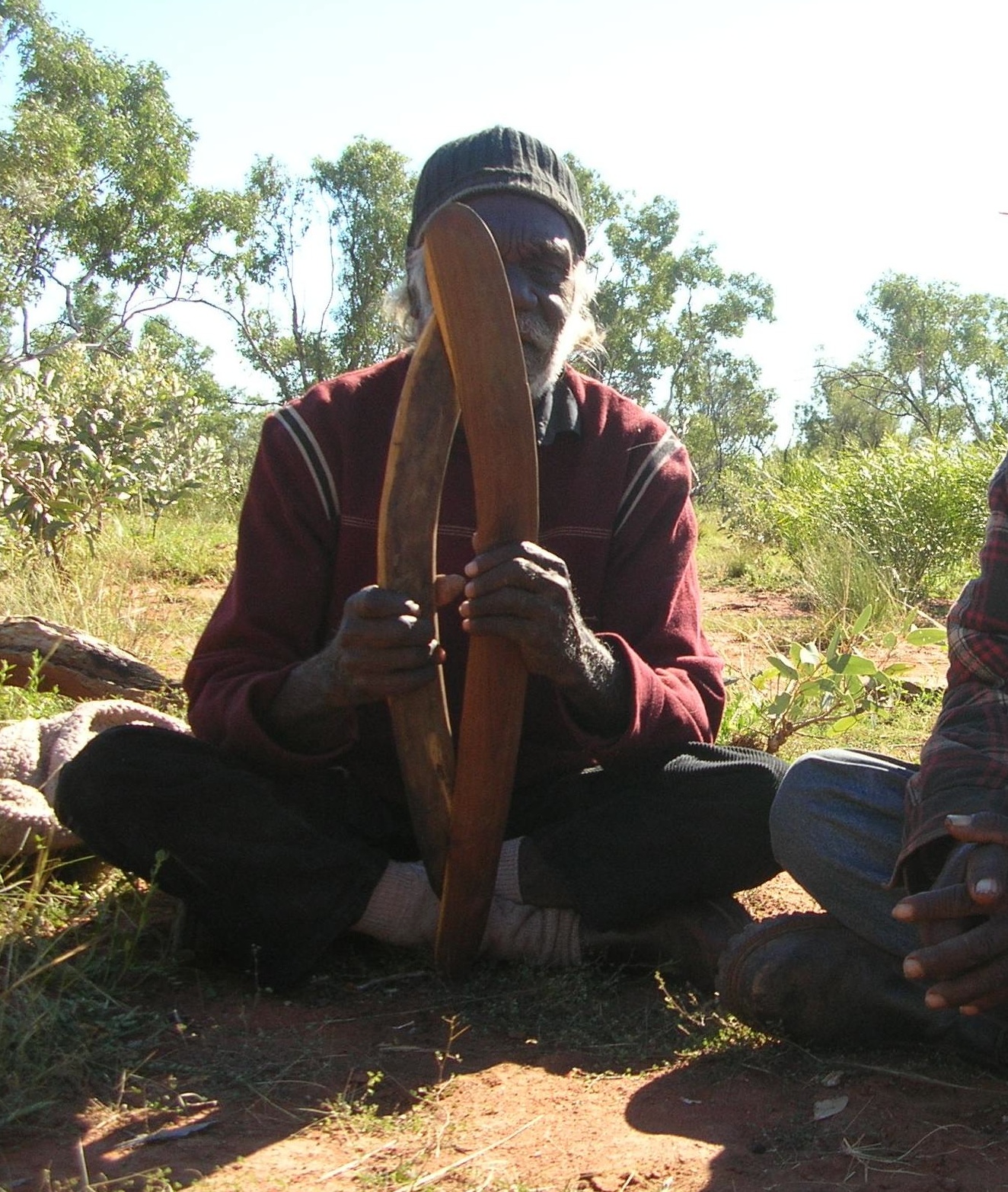 This project records and documents songs from the northern Arandic group of languages of Central Australia as a resource for maintaining traditions and for appropriate research. It records Arandic people’s interpretations of the songs and their broader meanings, and describes the linguistic and musical features of the performances and the song interpretations.
The project assists elders in maintaining their traditional verbal art forms by providing an opportunity for younger and older people to participate in the performances and their documentation, and by producing accessible resources of this material for community use.

Arrernte, Anmatyerr, Alyawarr, Kaytetye are languages of the Arandic sub-group. There are about 3000 speakers of the various Arandic languages in total. Warlpiri is a language of the Ngumpin-Yapa sub-group. Both sub-groups are part of the broader Pama-Nyungan language family of Australia.

In the arid lands of Central Australia, speakers of Arandic languages—a dialect-language chain of up to 13 named varieties—have a unique tradition of ceremonial songs. There are also songs that accompany children’s games, narrated stories (some of which involve sand-drawing), and short chants used to alter the environment, such as to make a strong wind go away. Arandic ceremonial songs form the largest corpus of this project. Ceremonies are group activities that involve singing, dancing, painting-up and narration. Singing can summon ancestral powers, for example to bring about rain, increase the abundance of a particular plant or animal, resolve conflict, as well as being a statement of identity at inter-cultural exchanges and a source of entertainment. Performing these ceremonies can build confidence and enhance health.
Ceremonies fall into various named genres (e.g. men’s, women’s, mixed gender, initiation). Within each genre the song series is associated with a particular tract of land or ‘Country’. The Country and its associated songs and Dreamings are owned by land-holding groups who are the spiritual descendants of their song-bearing ancestors. ‘Dreamings’ refer to specific flora, fauna or natural features that are the tangible evidence of the ancestral spirits that created the world. The time or conceptual realm in which this occurred is called Altyerre, translated as ‘Creation time’ or ‘Dreamtime’ in English; yet the Altyerre continues to influence the everyday modern human world.
A song series may contain as many as 50 verses. New verses can be revealed to people in dreams and the ceremonies are passed on orally through performance down the generations.

28 different Arandic song series and/or song styles including performances of, and discussions about their meanings and broader significances.

This project builds on previous work on Arandic songs: My Ph.D. research with Kaytetye women from Arnerre on documenting their awelye songs (1999-2004) funded by the Australian government and the Myer Foundation; Green and Turner’s work on Central Arrernte songs (1993-5), Grace Koch’s work on Kaytetye songs (1976), and Richard Moyle’s work on Alyawarr songs (1974)—all funded through AIATSIS. In the course of doing linguistic work on Arandic languages from the mid-1990s, Arandic peoples voiced their concern over the future of their performance traditions and desire to work on songs which led to this project. The project has an agreement with the Central Land Council – the peak Aboriginal body representing Aboriginal people in the region.