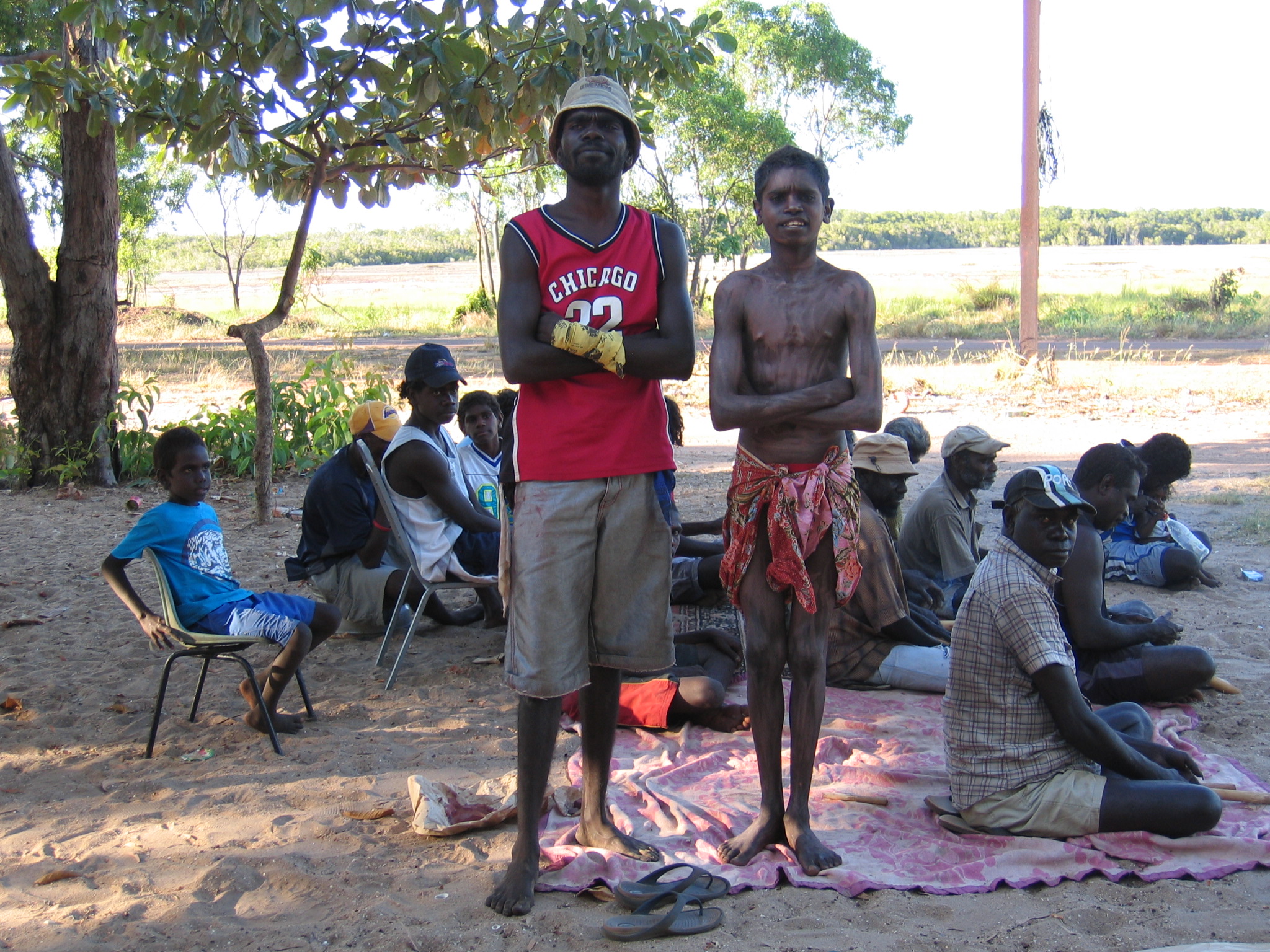 This collection consists of audio and video recordings of speakers of Yan-nhaŋu, spoken in Northern Territory, Australia, resulting from fieldwork conducted between January and December 2007.

Yan-Nhangu is a language of North-Eastern Arnhem Land, in Australia’s Northern Territory. It is a member of the Yolngu subgroup of Pama-Nyungan. Yan-Nhangu is moribund, with only six confirmed fluent speakers and a number of part-speakers. The language is not being passed on to younger generations, who are instead learning and using other Yolngu varieties, such as Gupapuyngu and Djambarrpuyngu, and English.

Yan-Nhangu is a member of the Pama-Nyungan family of Australian languages. It belongs to the Yolngu subgroup and forms its own primary branch within it (Wood 1978:58, Heath 1980). The linguistic situation of North-Eastern Arnhem Land is very complex, since traditionally there has been a high degree of multilingualism.

Yolngu society is made up of a number of ‘clans’, each of which ‘owns’ a communalect. Wood (1978:59) gives seven communalect names for the Nhangu(‘mirri) language group, with Yan-Nhangu (‘this language’) being one of these. However it is not entirely clear whether Yan-Nhangu is used in this sense ( as a communalect name) or as a broader language designation, since many of the terms are rather fluid. The languages traditionally spoken in areas adjacent to Yan­Nhangu traditional lands are the non-Pama-Nyungan language Burarra and the Djinang, Djinba and Gupapuyngu varieties of Yolngu.

Speakers of Yan-Nhangu live at Maningrida and Milingimbi Aboriginal communities, close to Yan­Nhangu Y olngu traditional lands. Maningrida and Milingimbi are very linguistically diverse communities, with at least ten Indigenous languages spoken, as well as English and English-based contact varieties. The Indigenous languages of the area come from several different families (Pama­Nyungan, Gunwinyguan and Arnhem) and the languages are typologically very diverse. Y olngu languages are isolated from the rest of the Pama-Nyungan family by the Gulf of Carpentaria to the east, and non-Pama-Nyungan languages to the south. The area is one of intense language contact, both between Australian languages and visitor languages such as the Austronesian language Macassar. For example, Yan-Nhangu is reported to have implosive consonants (Alpher 1977), a highly unusual feature in Australian languages (but common in Macassar).

There is some gender-restricted material in this collection.

The collection comprises over 140 audio and video files, as well as some translations into English and Djambarrpuyŋu.