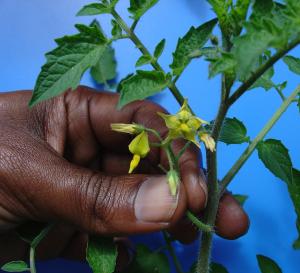 This collection is a collection of stories and descriptive narratives in Betta Kurumba, a South Dravidian language spoken in the Nilgiri Mountains of Tamil Nadu, India, reflecting fieldwork completed between July 1997 and June 2004.

The Nilgiri Mountains form a distinct cultural and linguistic region within southern India. Until the 19th century, these mountains were relatively inaccessible and its inhabitants virtually isolated from the people of the surrounding plains, except during occasional contact for trade. The inhabitants comprised a number of ethnic groups/‘tribes’ (Todas, Badagas, Kotas, Kurumbas, Irulas, etc), who were variously pastoralists, agriculturalists, artisans, and forest-gatherers. Research carried out so far indicates that each of these groups speaks a distinct language. These groups had regular contact with each other, both to barter goods and to participate in inter-group ceremonial rituals. Zvelebil (1980) points out that this social relationship, together with the region’s long isolation from surrounding lowland cultures, has led certain linguistic innovations to spread by contact within the Nilgiri languages, making them distinct in several ways from other South Dravidian languages.

In the last century, the introduction of an industrial economy based on tea and coffee plantations has resulted in a number social and political changes. There has been a large influx of immigrants from the lowlands, and indigenous Nilgiri groups have become socially, politically, and linguistically marginalized in their own homeland. The immigrants are mainly speakers of Tamil, Malayalam, and Kannada, of which Tamil has special regional status as the official language of Tamil Nadu. These changes have led indigenous Nilgiri groups to assimilate fairly extensively to the dominant Tamil culture; although they show some cultural maintenance. Given the small size of indigenous Nilgiri groups and their marginalized situation, the viability of their languages is at risk and, therefore, documentation and preservation efforts are urgently needed in the area.

In language, the Betta Kurumbas have become bilingual, using their ethnic language for communication within their community, and Tamil for communication with outsiders. Betta Kurumba children acquire their ethnic language in early childhood, but learn Tamil by school-going age. Their school education is in Tamil; the native language currently has no place in the children’s school curriculum. In general, the oldest generation of Betta Kurumbas are not literate in any language, while the younger generations are literate in Tamil (within the Nilgiris).

The collection comprises a small number of audio files along with associated transcripts and metadata.

Genres include descriptive narratives and folktales.